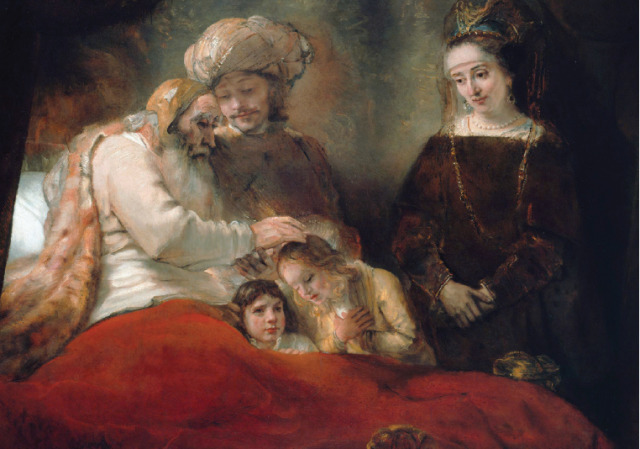 Brad Wilcox: 3 Things Latter-day Saints Should Know About the Tribes of Israel

byBrad Wilcox, excerpted from "Born to Change the World: Your Part in Gathering Israel" | Jul. 16, 2019

The Lord made a covenant with Adam, the head of the first dispensation, and renewed that covenant in successive dispensations with Enoch and Noah. Next came Abraham, who sought after the knowledge, blessings, and promises “belonging to the fathers” (Abraham 1:2). The Lord renewed the same covenant with him and told him that through his seed all the nations of the earth would be blessed (see Genesis 18:18; Abraham 2:9). The same covenant was made with Abraham’s son Isaac (see Genesis 26:1–4, 24) and with Isaac’s son Jacob (see Genesis 28:14; 35:9–13), who was given a new name: Israel (see Genesis 35:9–13). Thus, Israel is not just a country but the name of a man and his posterity. The house of Israel is the great big family of Jacob.

Because Jacob had 12 sons, we often speak—for the sake of simplicity—about a tribe corresponding to each son, but actually, the configuration of the tribes of Israel was much more complicated. For a deeper understanding of what we can learn from these tribes, we need to know three important things.

►You'll also like: What Does It Mean If You Are Not from the Same Tribe of Israel as the Rest of Your Family?

Although the tribes are consistently represented with the number 12, the actual number of tribes fluctuated throughout the Old Testament. At different times there were tribes left off the list (Simeon, for example, was excluded in Deuteronomy 33) and other tribes and half-tribes were added (see Joshua 17:1; 22:1). This variability was not unlike the numbers we associate with Church leadership today. We typically think of the First Presidency as having three members, but there have been times when additional counselors were called, increasing that number. We relate the number 12 to apostles, but, including the First Presidency, there are usually 15 apostles. When there are vacancies in the Quorum that lower the number, we still refer to the group as the Quorum of the Twelve Apostles. It was similar with the tribes of Israel.

2. The tribe of Levi stood apart.

The second thing we need to know is that Levi was a different kind of tribe. Because of the Israelites’ rebelliousness, they lost the opportunity to have the Melchizedek Priesthood and were given a lesser priesthood that was administered by Levi and his descendants. The blessings of the priesthood were meant for all, but the priesthood authority was given only to Levites. Thus, the Levites were given no land of inheritance but rather were spread throughout the other tribes. When a census was taken to identify candidates for military service, Moses was told, “Thou shalt not number the tribe of Levi” (Numbers 1:49) because the ministering duties of Levites made them exempt. Moses and his brother, Aaron, were Levites, and due to Aaron’s righteousness, his descendants became the priests (and the firstborn in each family the presiding high priests) in what would later be called the Aaronic Priesthood.

Third, Jacob and Rachel’s son Joseph was another special case. Reuben, Jacob’s eldest son, had the birthright—the double portion—so it stands to reason that instead of one tribe, Reuben should have had two. However, Reuben also had something else: a morality problem. In fact, he committed adultery with one of his father’s wives—Bilhah (see Genesis 35:22). Because of his disobedience, Reuben was left with only one tribe like the rest of his brothers. The birthright, including the additional tribe, was passed not to Simeon (which would have been the case had Jacob had only one wife) but to Joseph, the firstborn of Jacob’s second wife (see 1 Chronicles 5:1).

Most people assume Joseph received the coat of many colors because he was his father’s favorite. However, President Russell M. Nelson clarified:

►You'll also like: Why "the Lost 10 Tribes" Aren't Really "Lost" + Where That Saying Came From

Of interest to Latter-day Saints is the fact that the coat may not have been something worn over clothing but under clothing. The word translated as coat could actually have been referring to “an inner garment next [to] the skin (Leviticus 16:4); also worn by women . . . ; generally with sleeves, coming down to the knees.”

With the birthright, Joseph had the responsibility to care for his extended family, which he did, ultimately saving them from famine and death (see 1 Nephi 5:14). He also was expected to govern the affairs of his father’s estate, which he did, along with governing all of Egypt. Joseph married Asenath and had two sons: Manasseh, born first, and Ephraim, born second (see Genesis 41:45, 50–52; 46:20).

Later, in Genesis 48, we read that Jacob adopted Joseph’s sons so they would be on equal footing with the other heads of tribes. Jacob adopted Ephraim first and Manasseh second (see Genesis 48:20; Doctrine & Covenants 133:34). President Joseph Fielding Smith taught:

It was Levi and Joseph who were not numbered as tribes in Israel. Joseph received a double portion through his sons, each inheriting [a tribe] through their adoption by their grandfather.

Since Ephraim was adopted before Manasseh, he and his descendants became heirs to the birthright. However, Ephraim was never alone in receiving those blessings and responsibilities. We read in 1 Chronicles 5:1 that Reuben’s “birthright was given unto the sons [plural] of Joseph.” President Joseph Fielding Smith confirmed, “The birthright was given to the sons of Joseph. . . . Ephraim was not substituted as a tribe for Reuben.” On another occasion President Smith wrote, “The remnants of Joseph, found among [Manasseh], . . . have part in this great work.” Similarly, President Spencer W. Kimball taught that the descendants of both Ephraim and Manasseh are “chosen people.”

►You'll also like: 3 Things You Didn’t Know About Your Connection to the Abrahamic Covenant

A Renewal of the Covenant

In our dispensation, the covenant made with Abraham, Isaac, and Jacob was renewed once again (see Doctrine and Covenants 124:58). With the publication of the Book of Mormon (which President Ezra Taft Benson called the instrument of gathering) and the restoration of the gospel, the gathering of scattered Israel began. Descendants of Ephraim responded first, and then descendants of Manasseh, and now those two birthright tribes work hand in hand to prepare for the Second Coming of the Savior and His millennial reign— events that truly will change the world.

In hindsight, we can see the unique contributions of both tribes in “the temporal and the spiritual affairs” of kingdom building. “Manasseh, Ephraim; and Ephraim, Manasseh; they together” (2 Nephi 19:21) are meant to teach each other and work in unison to spearhead the gathering of the rest of Israel. Descendants from all tribes will bring unique gifts and strengths to the table. Everyone will be needed as we strive to move this work forward.

The great big family of Jacob was not perfect. In fact, they were far from it. Joseph’s brothers sold him as a slave and told their father he was dead. Reuben committed adultery, and some of the brothers were murderers (see Genesis 34 and 49:5–7). Suffice it to say, the family was not a stellar example of love, unity, and righteous living. Nevertheless, God was still able to use them—as weak as they were—to accomplish His purposes. That’s good news for us.

When I was a young father, I read the biography of President Spencer W. Kimball, written by his sons. Some people felt the authors were too straightforward about President Kimball’s shortcomings, but that is what I loved most about the book. Reading that President Kimball sometimes lost his temper with his children and occasionally argued with his wife did not make me respect the prophet less. On the contrary, that book gave me hope. If God could use President Kimball despite his less-than-perfect past, then maybe He could use me.

►You'll also like: What Does It Really Mean to Be a Part of the "Chosen Generation"? 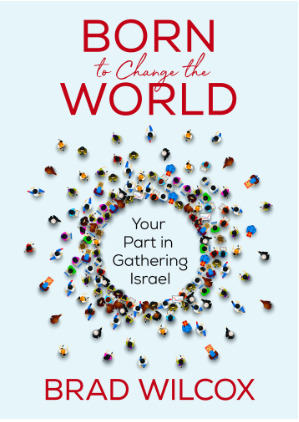 Read more about our noble birthright, how Israel was scattered, and what gathering Israel actually means for us today in Brad Wilcox’s new book, Born to Change the World: Your Part in Gathering Israel, available at Deseret Book stores and on deseretbook.com.