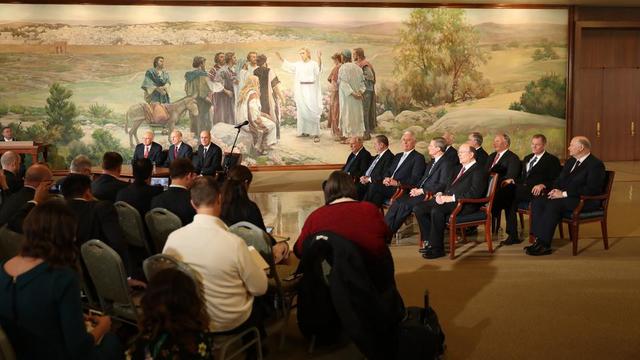 Calling Multiple Apostles: What You Need to Know

The Brethren are not cut from a particular mold—each of them has individual strengths, backgrounds, and a unique way of touching the lives of others. In fact, when considering the characteristics of these men, the only obvious common denominator is a powerful testimony of the Lord Jesus Christ. 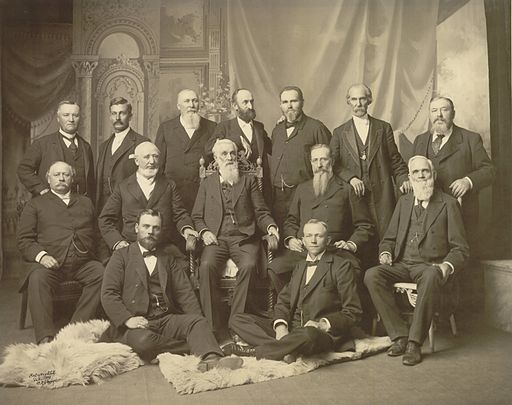 Image of the First Presidency and Quorum of the Twelve Apostles in 1898, from Wikimedia

The apostles influence the lives of Church members worldwide. Besides speaking at every general conference, they are looked to for guidance and direction, much like Paul or Peter were in the days of early Christianity. And because the order in which they are called determines the order in which Church presidents serve, it’s important to understand what happens when multiple apostles are called at once.

Here’s a brief overview of the process:

How New Apostles Are Called

“All leaders in the Lord’s Church are called by proper authority,” President Russell M. Nelson taught. "No prophet or any other leader in this Church, for that matter, has ever called himself or herself. No prophet has ever been elected. The Lord made that clear when He said, ‘Ye have not chosen me, but I have chosen you, and ordained you’ (John 15:16). You and I do not ‘vote’ on Church leaders at any level. We do, though, have the privilege of sustaining them” (“Sustaining the Prophets,” Oct. 2014 general conference).

“What process he goes through exactly, I'm not sure. That’s, again, something private he pursues,” Elder Christofferson said. “He then brings back, when he’s reached his decision and had the inspiration he needs, the name or names to the council that we have of the First Presidency and the Quorum of the Twelve Apostles to sustain it. That goes forward to general conference” (Tad Walch, “Elder Christofferson Talks about How President Monson Calls a New Apostle, Reflects on Elder Scott,” Deseret News, Sept. 24, 2015).

After the deaths of President Thomas S. Monson and Elder Robert D. Hales, it is possible two new apostles could be called during this upcoming general conference, and the order in which they fall in seniority could have historic implications for the Church.

For example, President Russell M. Nelson and President Dallin H. Oaks were sustained on the same day—April 7, 1984. Though they were called at the same time, President Nelson falls ahead of President Oaks in the line of seniority, making him the senior apostle and our current prophet. The calling of new apostles is an intricate process and prophets are guided by the Spirit to not only whom to call but what order to extend the call. Even during Christ's ministry, He spent an entire night praying to the Lord before selecting his twelve apostles, showing us the pattern for His Church today. 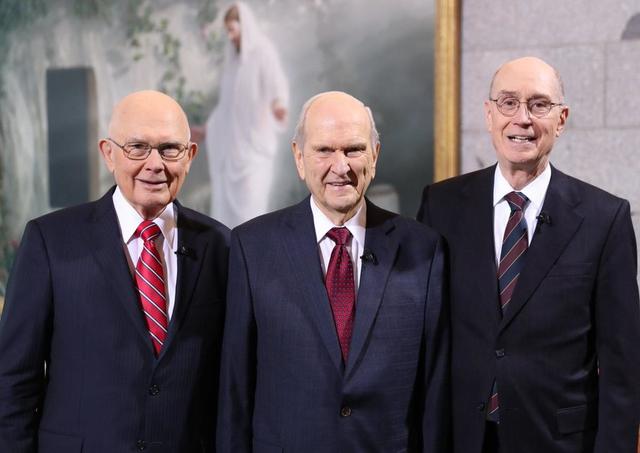 Seniority is always determined by order of ordination. In 1986, President Gordon B. Hinckley described the process of seniority and succession as follows:

"This transition of authority, in which I have participated a number of times, is beautiful in its simplicity. It is indicative of the way the Lord does things. Under His procedure a man is selected by the prophet to become a member of the Council of the Twelve Apostles. He does not choose this as a career. He is called, as were the Apostles in Jesus’ time, to whom the Lord said, ‘Ye have not chosen me, but I have chosen you, and ordained you’ (John 15:16). The years pass. He is schooled and disciplined in the duties of his office. He travels over the earth in fulfilling his apostolic calling. It is a long course of preparation, in which he comes to know the Latter-day Saints wherever they may be, and they come to know him. The Lord tests his heart and his substance. In the natural course of events, vacancies occur in that council and new appointments are made. Under this process a particular man becomes the senior Apostle. Residing latent in him, and in his associate Brethren, given to each at the time of ordination, are all of the keys of the priesthood. But authority to exercise those keys is restricted to the President of the Church. At his passing, that authority becomes operative in the senior Apostle, who is then named, set apart, and ordained a prophet and President by his associates of the Council of the Twelve."

Who Can Be Called as an Apostle?

Mormon Newsroom states: “The new member of the Twelve may be called from one of the Quorums of the Seventy (which are made up of General Authorities who are senior leaders in the Church) or from general Church membership around the world." Read more about this process at lds.org.

Past Examples of Calling Multiple Apostles

Church history is filled with examples of multiple apostles who were called in the same general conference. In fact, half of the current First Presidency and Quorum of the Twelve were called as an apostle during a time when there were multiple vacancies. As mentioned earlier, President Russell M. Nelson and President Dallin H. Oaks were sustained on the same day—April 7, 1984. Elder Dieter F. Uchtdorf and Elder David A. Bednar were also sustained the same day—October 2, 2004. And more recently, Elder Ronald A. Rasband, Elder Gary E. Stevenson, and Elder Dale G. Renlund were sustained the same day—October 3, 2015.

While the last calling of multiple apostles at general conference marked a rare event—three men called to the apostleship at the same time—it was not unprecedented, with Elders George F. Richards, Orson F. Whitney, and David O. McKay being called in April 1906.

Since Jesus Christ first called His twelve disciples after a night of prayer during His earthly ministry, His Church has continued to be led by apostles and prophets called of God to be special witnesses of our Savior. As President Harold B. Lee assured us: “[The Lord] knows whom he wants to preside over this church, and he will make no mistake. The Lord doesn’t do things by accident. He has never done anything accidentally” (October 1970 general conference).