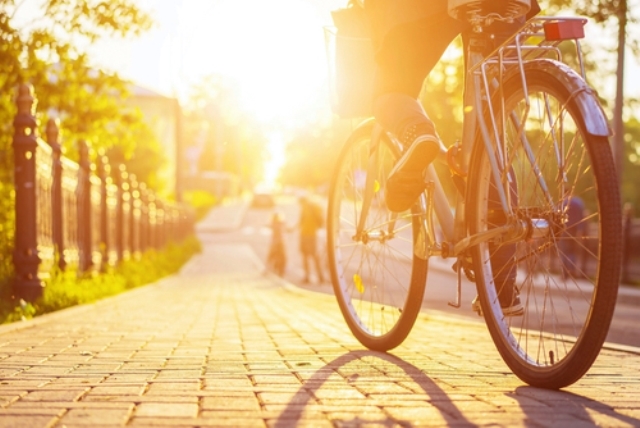 Changes in the Church: Are We Missing Blessings by Focusing on the "What" Instead of the "Why"?

With so many changes in the Church happening on what feels like a weekly basis, it’s easy to get caught up in the announcements themselves.

Just within the last year, we have seen a whirlwind of changes and updates to how we do things as part of the restored gospel of Jesus Christ—ministering, increased emphasis on the Savior as part of the Church’s name, curriculum changes, numerous updates to the missionary program, changes to how missionaries communicate with their families, and the shift to a home-centered, church-supported style of worship, just to name a few.

After all, during his South American tour in 2018 President Russell M. Nelson said, "If you think the Church has been fully restored, you're just seeing the beginning." President Nelson recently told the Arizona Republic that these changes were inspired and resulted from revelation from our Heavenly Father. He said, "As long as we're alive, we'll be changing — hopefully for the better."

It's no wonder our prophet advised us to take our vitamins!

But we often get so caught up in the newest adjustment or even speculating on what else is to come that one can't help but wonder—are we so focused on the “what” of these changes that we sometimes miss the “why” behind them?

► You'll also like: President Nelson About the Church in the Coming Years: "Eat Your Vitamin Pills. Get Some Rest. It's Going to Be Exciting."

BYU President Kevin J Worthen told the following story at the BYU Women’s Conference in May of 2018:

"There was once a Swiss guard who worked at the border of Austria. He worked there for many years and took a great deal of pride in his work.

"One morning an Austrian man arrived at the border, riding a bicycle. On the front of his bike was a basket filled with sand. Another guard might simply have waved him through, but the Swiss guard did not. Instead, he brought out a special comb he kept for just such a purpose and began to sift through the sand in the basket. You see, he suspected the Austrian might be a smuggler. Finding nothing but sand, however, he waved the man through.

"The same thing happened the next day, and the day after that. Though he never found anything, he kept on looking, day after day, for thirty years. Finally, one day the Swiss guard spoke to the Austrian man. 'I must ask you a question,' he said, 'that has been on my mind for many years. This is my last day of work. Today I shall retire. And all these years, I suspect you have been a smuggler. Now I ask you, for I must know—are you indeed a smuggler?'

"The Austrian man hesitated, and the Swiss guard reassured him, 'Do not worry. I give you my word of honor that I will not prosecute you. But I must know.'

"'Very well,' said the Austrian. 'Then I will tell you. I am indeed a smuggler.'

"'Ah-ha!' said the guard. 'I knew it! But each day I look through your basket and find nothing but sand. Tell me, please, what have you been smuggling?'

President Russell M. Nelson showed us the bicycle in his April 2018 conference address. "Our message to the world is simple and sincere: we invite all of God’s children on both sides of the veil to come unto their Savior, receive the blessings of the holy temple, have enduring joy, and qualify for eternal life."

So what is the bicycle? Bringing souls unto Christ.

“If we fail to understand that,” President Worthen continued, “We run the risk that we will be diverted off our main course, and we will soon focus on the sand in the basket and not on the bicycle. This will not only cause us to lose enthusiasm and energy as we get bogged down in details but can also cause us to fail to recognize and take advantage of all the tools we have been given to aid us, both in the implementation of the new vision of [these changes] and, more important, in the larger work of exalting all of God’s children.”

It is all too easy to get distracted by the changes and caught up in the exciting announcements that we let incorporating these changes into the fabric of our lives fall by the wayside.

We risk “missing the bicycle” by focusing so much on the “what” of the changes instead of the “why.” When we expend our efforts sifting through the sandy details of what exactly constitutes a ministering visit or how often a missionary can or should be calling home, we become like the Swiss border guard and lose sight of the bigger picture. When we understand the full purpose of why we are doing them in the first place, we will be more consistent and more effective in our efforts in bringing people closer to Christ.

President Worthen said that when we keep our focus on the ultimate goal of these changes, rather than on the less important details themselves, “we will find that other divinely inspired teachings and programs are part of the same sacred work and that all aspects of the work can combine in new and powerful ways to accomplish that ultimate goal.”

As we keep in mind the larger purpose of these changes, we begin to see how they work together for our good as we strive to both come closer to Christ and advance the work of salvation on both sides of the veil.