From Finland to Brazil and South Korea to Puerto Rico, meet the eight new couples the First Presidency has called to preside over mission around the world.

The following new mission presidents and their wives have been called by the First Presidency. They will begin serving in July 2017. 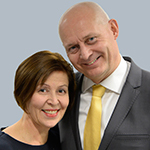 Sister Aura serves as a seminary teacher and is a former ward Relief Society, Young Women, and Primary president; temple open house and dedication committee member; nursery leader; and missionary in the Finland Helsinki Mission. She was born in Kuopio, Finland, to Anssi Tuomas Tapola and Kaija Annikki Rautiainen. 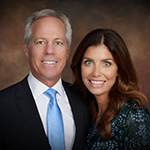 Sister Dalton serves as a counselor in a ward Primary presidency and is a former ward Relief Society, Sunday School, and Primary teacher; ward Young Women adviser; and ward missionary. She was born in Provo, Utah, to Michael Raymond Linford and Linda Ann Smith Linford.