The Church History Museum of The Church of Jesus Christ of Latter-day Saints recently launched a new online exhibit titled “‘Exceedingly Valiant for Courage’: Bravery in the Book of Mormon” this week. The exhibit’s artwork portrays how figures in the Book of Mormon displayed courage to declare their faith and defend their families. It is part of the museum’s ongoing series of online art exhibits highlighting the stories of the Book of Mormon.

The new exhibit exemplifies many of the ways in which valiant men and women in the Book of Mormon exemplified bravery, showcasing treasured stories such as that of the Anti-Nephi-Lehies covenanting to bury their weapons and Moroni’s lonely mission to preserve the plates.

The exhibit features artworks from such familiar artists as Arnold Friberg and Walter Rane, as well as many works of art known to only a few. People of all faiths can appreciate the exhibit’s beauty, reverence, and majesty.

Church History Museum Director Alan Johnson adds, “Each of these pieces depicts individuals in the Book of Mormon who chose to act with faith and courage. We invite those who view these images to reflect on their stories and to take strength from their examples and testimonies of the Savior.”

Here are just a few pieces from the exhibit. To see more, click here. 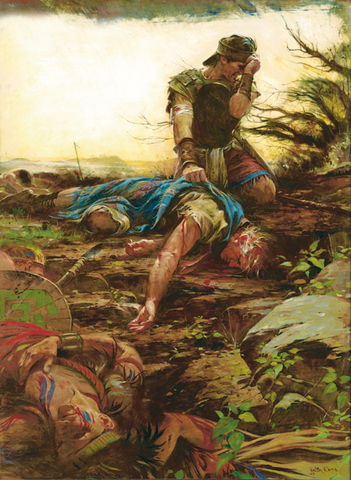 "I Even Remain Alone," Walter Rane 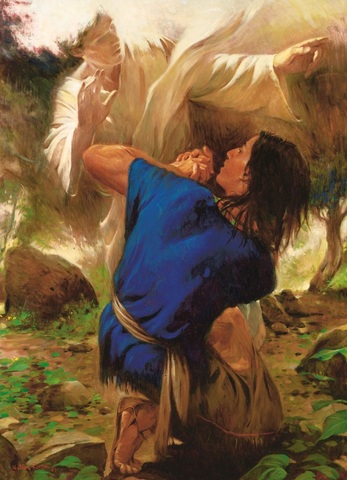 "He Did Bring Glad Tidings to My Soul," Walter Rane

Lead image a screenshot of the new exhibit.