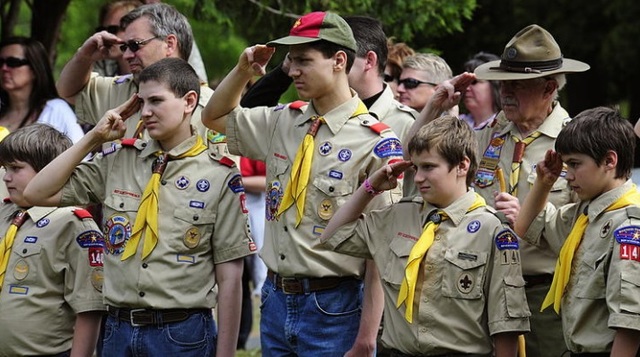 After Boy Scouts of America announced that it will begin accepting transgender boys in its boys-only program, the Church released the following statement:

"The Church is studying the announcement made yesterday by Boy Scouts of America. Boy Scouts has assured its religious chartering organizations that, as in the past, they will be able to organize their troops in a way fully consistent with their religious beliefs. In recent years the Church has made several changes to its programs for youth, and continues to look for ways to better serve its families and young people worldwide."

The LDS Church makes up the largest BSA charter in the country.

In 2015, when Boy Scouts of America changed its policy allowing gay leaders, the Church made a statement, saying:

“In the resolution adopted on July 27, 2015, and in subsequent verbal assurances to us, BSA has reiterated that it expects those who sponsor Scouting units (such as the church) to appoint Scout leaders according to their religious and moral values ‘in word and deed and who will best inculcate the organization’s values through the Scouting program,’ the statement read.

“At this time, The Church of Jesus Christ of Latter-day Saints will go forward as a chartering organization of BSA, and as in the past, will appoint Scout leaders and volunteers who uphold and exemplify church doctrine, values and standards. With equal concern for the substantial number of youth who live outside the United States and Canada, the church will continue to evaluate and refine program options that better meet its global needs.”