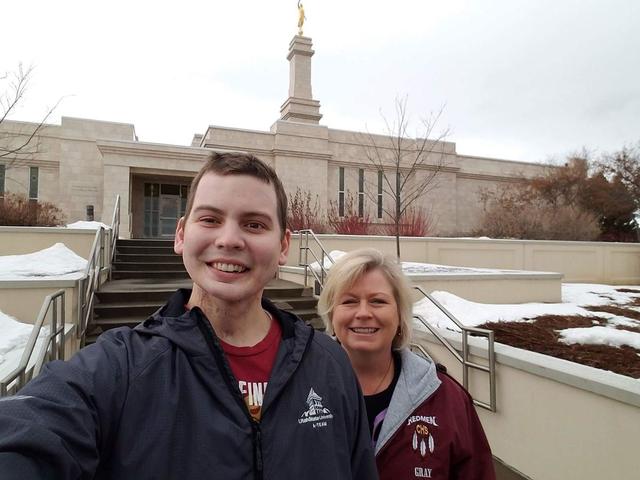 Weeks before Erik Gray passed away, he shared in an interview what he called his “message to the world": “Be happy,” he said. “Take advantage of the opportunities you have. Love other people. Take the opportunity to share the gospel. Feel the gospel and how real it is to you. Take the time to do the little things. Through scripture study, prayer and temple attendance, I’ve been able to feel peace and joy and live a happier life.”

It took countless miles, round trip, through 28 of Utah's 29 counties. It took him over mountain passes and through red rock country, across vast deserts, and through sprawling suburbs.

Erik Gray was on a mission.

The 23-year-old man from Cedar City wanted to visit every temple of The Church of Jesus Christ of Latter-day Saints in Utah. From St. George in the south to Logan in the north, at the time, there were 16 operating temples and one under construction. Gray was determined to get to them all.

The only question was whether he would be able to do so before cancer took his life.

Gray vividly remembered the day he found out he was sick. He was on a family vacation at Knott’s Berry Farm. A couple weeks earlier, he had gone into the doctor to run a biopsy on a lump he found below his jaw.

As he left the doctor’s office, he was told he would receive a call when the results were in.

“We had just gotten out of one of the Snoopy shows and my dad had a message on his cellphone, so we listened to it on speaker,” Gray said. “It was my doctor.”