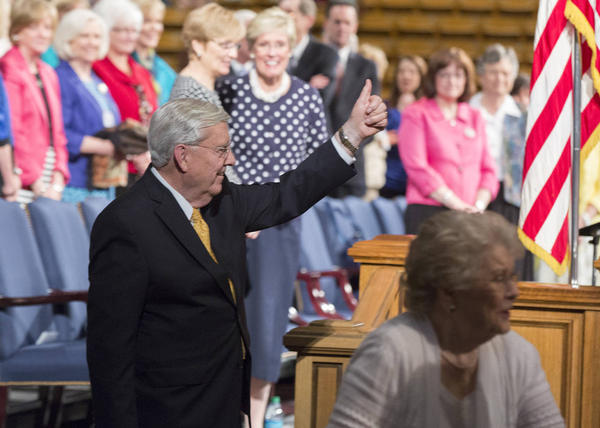 Righteous and faithful women have always played an essential role in saving souls and in defending the kingdom of God,” Elder M. Russell Ballard of the Quorum of the Twelve Apostles told thousands of women gathered in the Marriott Center for BYU Women’s Conference.

“No one can do what you sisters can do to help move the gospel kingdom forward and make the world a better place,” he said.

The annual conference — cosponsored by the Relief Society and BYU — brought women from most states and many countries around the world to the university’s campus. Presentations held over two days were centered on this year’s theme: “My soul delighteth in the covenants of the Lord.”

Recognizing that women have been “divinely endowed with a unique kind of discernment and strength” different than those qualities given to men, Elder Ballard told some 15,000 people in the audience that those differences are intentional and eternal.