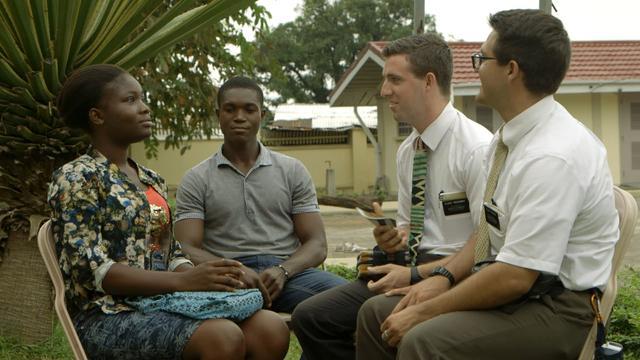 MR says: We are so grateful that our missionaries in Liberia are safe and that they can return to the country to continue on in the work of the Lord.

Missionaries of The Church of Jesus Christ of Latter-day Saints are returning to Liberia after no reported new cases of Ebola in that country since June. Elder David A. Bednar of the Quorum of the Twelve Apostles and his wife, Susan, recently traveled to the West African nation to show the country is safe for missionaries.

“The World Health Organization declared Liberia Ebola free,” explained Elder Bednar. “We want people to know that we're here. … We would not be calling young men and young women to serve in Liberia if there was great danger or concern.”

Mormon missionaries serving in Liberia and Sierra Leone were transferred out of those countries and reassigned to other missions by the Church as a precaution in August 2014 following an outbreak of the Ebola virus. The first cases were reported in Liberia in March 2014. The World Health Organization declared Liberia free of Ebola virus transmission September 3. Young full-time missionaries began returning in early September.