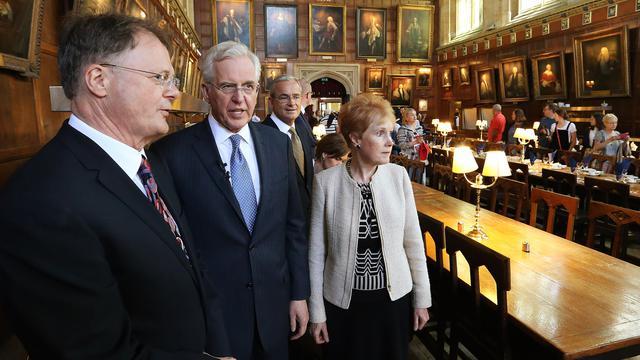 Elder Christofferson Talks His Role at Watergate Trial, the Powerful Lessons It Taught Him

“In my view, conscience is a defining personal imperative that stirs deep in the soul of each person,” Elder Christofferson said.

“Putting one’s integrity on hold, even for seemingly small acts in seemingly small matters, places one in danger of losing the benefit and protection of conscience altogether,” said Elder D. Todd Christofferson of the Quorum of the Twelve Apostles of The Church of Jesus Christ of Latter-day Saints.

► You'll also like: Mormons and the Watergate Scandal: 5 Fascinating Connections

The Mormon apostle spoke to students, faculty and academics at the University of Oxford in England on Thursday, June 15, 2017, about his experiences as a law clerk during the Watergate trials more than 40 years ago.

“I had what you would call a ‘ringside’ seat at the Watergate trials,” recalled Elder Christofferson, who was the law clerk to presiding Judge John Sirica in the United States District Court in Washington, D.C., in the early 1970s. “On one occasion the judge said to me, ‘I hope you appreciate this. Not many law clerks get an experience like this.’ And then he paused and said, ‘I guess not many judges do either.’”