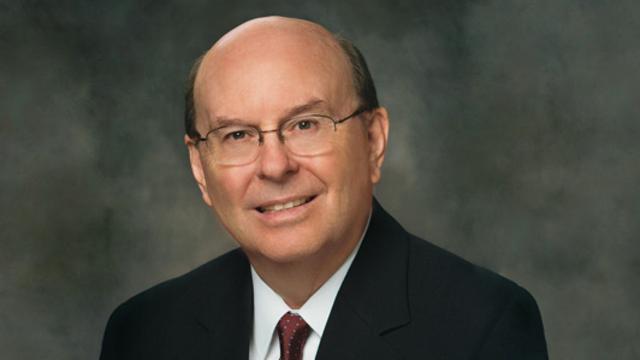 After hearing about acts of terrorism around the world in recent years, it can be difficult not to succumb to fearful living.

And to illustrate how we can avoid a fearful mentality in a turbulent world, Elder Quentin L. Cook shared this inspiring example of someone who overcame fear after experiencing terrorism firsthand.

Senior missionary Elder Richard Norby was at a checkout counter when bombs went off in the Brussels airport in March of this year. During the blast, he suffered broken bones, burns on 35 percent of his body, and shrapnel wounds on his neck, back, and legs, according to the Deseret News.

But rather than live in fear after such a horrific event, Elder Cook writes on his Facebook page that Elder Norby decided not to be afraid, rather, he would put his trust in the Savior.

"Recently he [Elder Norby] indicated that while life will never quite be the same, he 'has chosen to rely on the Lord and not fear.' He further said, 'I’m going to live my life, and I’m going to teach my children and grandchildren that we [must] put our trust in God.'"

And even though "our world literally seems to be in commotion" and it can be easy to worry about such brutal acts of hate, Elder Cook offered this advice:

"The world’s commotion is part of the Savior’s plan. His suffering, which is beyond our comprehension, has resulted in victory over sin and spiritual death. Because of Him, we will all live again. When we remember this, faith will replace our fear." 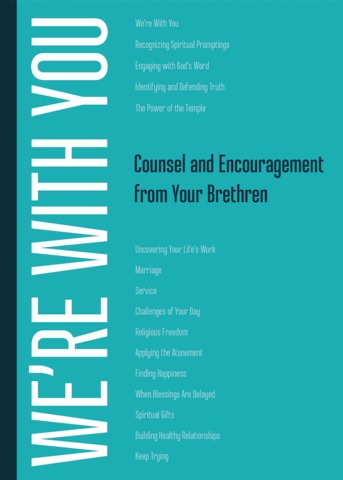 What do today’s Prophets, Seers, and Revelators say about facing life’s challenges, recognizing the Spirit, and finding happiness? These are just a few of the important topics featured in the book “We're With You: Counsel and Encouragement from Your Brethren.” Every member of the current First Presidency and Quorum of the Twelve Apostles is represented in lesson-sized excerpts that deal with issues important and unique to our day.