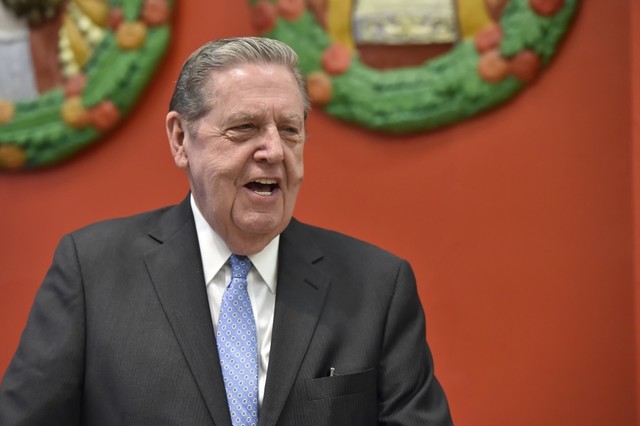 “I accepted the message given to me on that stone, and from that moment we tried to do our part as missionaries in Scotland.” —President David O. McKay

Learn how two missionaries saved from demolition the stone with an inscription that changed a prophet's life and how a replica of that same stone came to be in a museum in Scotland.

As a discouraged, homesick young missionary serving in Stirling, Scotland, in March 1897, Elder David O. McKay noticed an inscribed stone on the side of an apartment building under construction near his flat.

The message was bold and clear: “What e’er thou art, act well thy part.”

More than 121 years later, Elder Jeffrey R. Holland of the Quorum of the Twelve Apostles presented an exact replica of the inscribed stone to a Scottish museum on July 5.

“I am delighted for the invitation to be with you today for such a significant moment in my own history as well as in the history of beautiful Stirling,” he said.