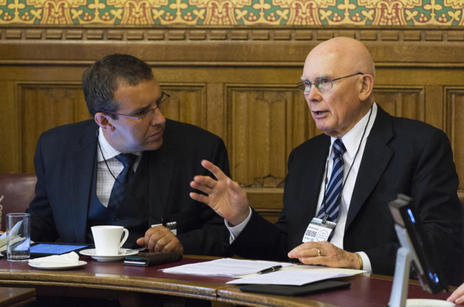 Elder Oaks Shares How Much the Church Spends Per Year on Welfare, Humanitarian Aid

It's incredible to see how much the Church contributes to those in need around the world. No wonder PBS called the Church's welfare program "one of the world's best."

In a lecture given last month at the University of Oxford, Elder Dallin H. Oaks of the Quorum of the Twelve Apostles said that each year The Church of Jesus Christ of Latter-day Saints spends about $40 million on welfare, humanitarian and other LDS Church-sponsored projects around the world and has done so for more than 30 years.

That would account for approximately $1.2 billion on welfare and humanitarian efforts over the past 30 years. Elder Oaks also said that in the last year alone, Mormon volunteers have devoted 25 million hours of labor.

“In the year 2015 we had 177 emergency response projects in 56 countries,” Elder Oaks said. “In addition, we had hundreds of projects that impacted more than 1 million people in seven other categories of assistance, such as clean water, immunization, and vision care."