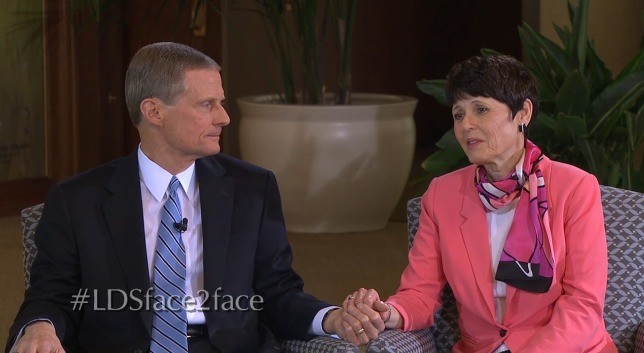 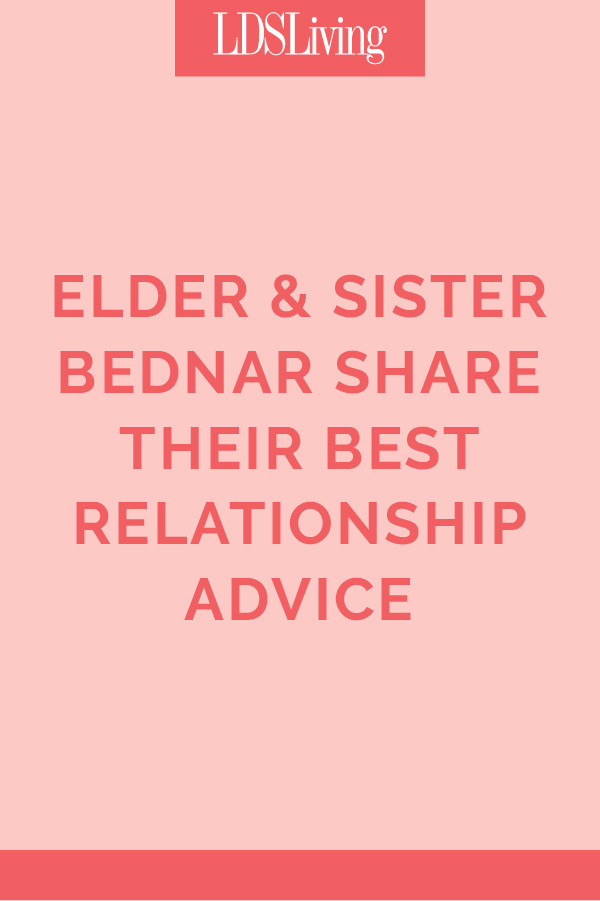 A sizable portion of today’s youth believe that one day they will, without warning, fall hopelessly and madly in love and live effortlessly and happily ever after—and when they’re bombarded by romantic vampire novels and Taylor Swift lyrics, who can blame them?

These charmed relationships can certainly occur from time to time, but as Elder and Sister Bednar reminded us at their recent Face to Face discussion, it’s not the norm.

“People don’t fall in love,” said Sister Bednar. “You pick someone with whom you can create the love that you desire . . . . We’ve spent years being married and creating that love, and I can honestly say we’re more in love today than we were 40 years ago.”

Sister Bednar described their own courtship and marriage as a growth of mutual love and respect rather than a whirlwind romance. “We didn’t just fall in love at first sight,” she said. “And many people think that’s how it’s done—that you just look at someone and you know they’re the right one and that you’re going to fall in love and get married, but it took some time.”

She then proceeded to impart this advice: “I encourage youth not to just go on a date with one person one time and say, ‘oh, that person’s not for me.’”

Elder Bednar expounded, “The word ‘love’ is both a verb and a noun . . . . Sometimes, we think we have to have the feeling—the noun—before we start doing love—the verb.” He continued, “I don’t want this to sound unromantic, but the feeling follows the [action]. We find people all around the world who think [they] have to find the one . . . . More correctly, you have to become the one . . . through what you do.”