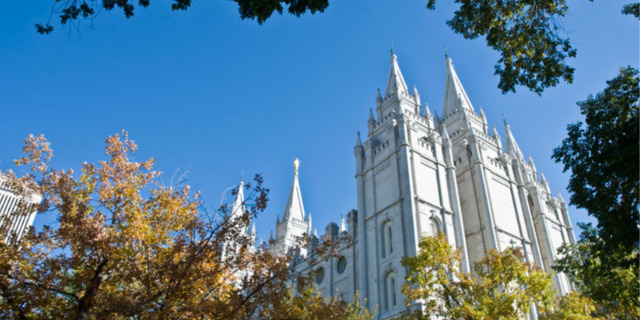 Ever wanted to attend the temple with a Hebrew expert? Ponder the symbolism with Donald W. Parry

Although there are current restrictions surrounding in-person temple worship, there is always more to learn about the temple and its associated symbols. Donald W. Parry’s insights may be just what you need to take your temple worship to the next level.

Parry, author of 175 Temple Symbols and Their Meanings, joined host Tammy Uzelac Hall for a special bonus episode of the Sunday on Monday Study Group. In the episode, Parry, a professor of the Hebrew Bible at Brigham Young University, discusses his experiences translating the Dead Sea Scrolls, a life-changing encounter with President Harold B. Lee, and the specific significance of a few symbols found in the House of the Lord.

► You may also like: 4 little-discussed temple symbols and their meanings

The Sunday on Monday Study Group is a Deseret Bookshelf PLUS+ original presented by LDS Living. You can access the full study group discussion through the Bookshelf app. Listen to the full episode and read an adapted excerpt from the episode below.

Tammy Uzelac Hall: Well Don, I will say this is kind of neat because what I like about your book is what you just said—you do support everything with scripture and quotes. Just like Harold B. Lee did for you, you patterned it beautifully. . . . I just want to jump into some of my favorite chapters or topics in your book and just get a little more from you about it and maybe help our listeners to get excited about this book and get excited about the temple.

That's really the goal, for them, when they go to the temple, to look for these signs and these symbols. So the first one that stood out to me is the Alpha and Omega. Tell us a little bit about that and then the parallel to it in Hebrew, because I think that's pretty powerful.

Donald W. Parry: Alpha and Omega are Greek letters of the alphabet. In English, it would be like A and Z. And the idea is, Jehovah, or Jesus Christ, is Alpha and Omega. And the concept there is the beginning and the end, or the eternal one. He's an eternal God. So that's the main concept there. 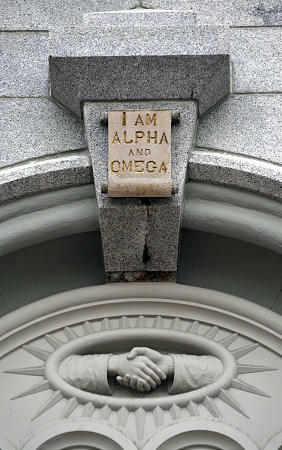 Tammy Uzelac Hall: And that's neat because that symbol is on the Salt Lake Temple: “I am Alpha and Omega.” And so just the idea of being the beginning and the end is beautiful. Then you go into . . . I really like this on page 45, and there [are] quite a few pages, 45 through 53, you go through so many different temples and just point out things that are architecturally different on this temple versus all of the other temples. And I'm just curious to know, is there one temple that stood out to you that you thought, “Oh, now that's a neat architectural difference”?

Donald W. Parry: When I conducted this study, I just found it fascinating. And I think this is a very important part of my book. And I've had people tell me, “Thank you, thank you for pointing that out. I never realized that.” Now, to answer your question, the Meridian Idaho Temple. That's close to where I was raised. They have the Idaho state flower, the Syringa, which is a motif of that temple. They also have many mountains featured inside, in the murals.

Tammy Uzelac Hall: Why are the spires . . . Why are three higher and three lower? What's the symbolism of that?

Tammy Uzelac Hall: Neat. I did not know that. That's so cool. And in your book, I did appreciate how the Idaho Falls Temple . . . you said that the architecture, John Fetzer Sr., he was inspired to design the temple to reflect his idea of the ancient Nephite temple. And I did not know that. And I've been to that temple [Idaho Falls] a couple of times.

Donald W. Parry: One other thing on this item is [that] I could not put all 100 plus temples in that section. So they're representative.

Donald W. Parry: The temple, ancient and modern, features many Jesus Christ-focused symbols. And there are many symbols of Jesus Christ in the Holy of Holies. The Ark of the Covenant was a sacred piece of furniture located in the Holy of Holies of the ancient temple. I will mention here. I'll give you a little Hebrew, since you like Hebrew. The lid of the Ark of the Covenant is called kappōreṯ. Kappōreṯ comes from the same root as kaphar, which means "atonement." Some scholars think it should be translated something like this: "Throne of atonement," because we know it is a throne or a seat. That's why it's called the mercy seat, and it's Jehovah's throne.

All of our temples teach us beautifully and powerfully about Jesus Christ's Atonement. And the Ark of the Covenant was made of gold, and they had three grades of gold in antiquity that we know of. The Ark of the Covenant was made of the finest, purest gold. Inside of the Ark was a box, and it contained three items, all three of which point to some aspect of Jesus Christ. There was the rod of Aaron, there was the tablets of the Ten Commandments, and a container of manna. So they're all symbols of Christ. And gold is a symbol of Christ's excellence and eternality, and so on.

Tammy Uzelac Hall: After we talked about the word mercy, I had a woman reach out to me and send me a private message, and she said, “Where is mercy in the Law of Moses? Like, what represents mercy in there? Is it at the beginning? At the end? How do we play into that law?”

And it was really kind of fun to study that and look at it and realize that when you have all of the rituals that take place at the tabernacle and everything that has to happen, and then the priest goes in, what I thought was beautiful about it was that mercy is at the end, it's in the Holy of Holies. And that's where it's applied. After you've done everything you can do, then this mercy comes. And so there's so much beauty in that symbolism of the Ark of the Covenant. And what you wrote about it was just beautiful, and what you just taught us about it, and then the symbolism in the things in the Ark is incredible. I like that, so thank you for sharing it. 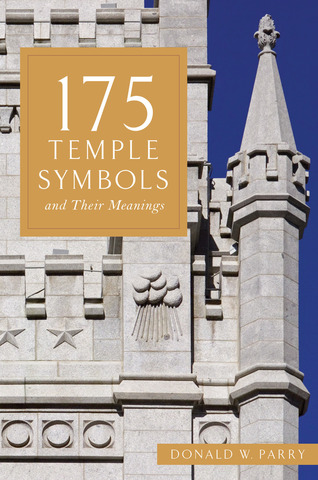 With 175 separate entries, this volume explores a variety of these rich symbols and truths regarding ancient and modern temples. Listed in alphabetical order for convenient references, the entries deal with a broad range of categories, including temple architecture, rituals and ordinances, sacred clothing, sacrificial offerings, geometric symbols, colors, heavenly bodies (sun, moon, stars), prayer and revelation, sacred names, religious festivals, and more. This thorough yet accessible collection allows each of us to gain a greater understanding of valuable symbols, enriching our temple experience and giving each of us a clearer vision of the many ways our temple worship points us toward Jesus Christ. Available at DeseretBook.com.