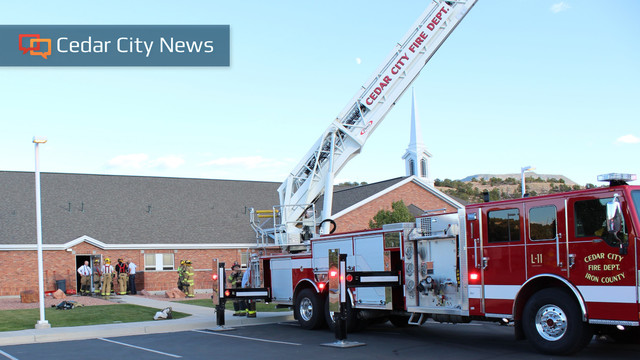 “The sprinklers did exactly what they were supposed to do. They keep the fire in check until we get there and put it out,” Chief Mike Phillips said. “There was a little bit of smoldering that the crews had to deal with, but that’s it.”

Fire crews were busy Thursday responding to two fires at a residence and later a chapel of The Church of Jesus Christ of Latter-day Saints. . . .

The fire department was called out . . . around 4:40 p.m. by an alarm company that notified dispatch that the inside sprinklers had been activated in a Latter-day Saint chapel located on 3800 West Cody Drive.

Mormon Life Meetinghouse FireMeetinghouse,Fire,Mormon Life
Comments and feedback can be sent to feedback@ldsliving.com