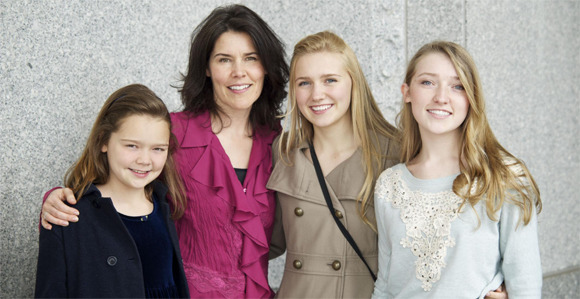 A combined meeting at general conference time for the Relief Society and Young Women has not been held since 1993, but now after 20 years, the First Presidency of the Church has announced that these combined meetings will resume. Starting in March, 2014, the Young Women’s General Broadcast, usually held in March, and the Relief Society General Broadcast, usually held in September, will be merged back into a semiannual general women’s meeting held the Saturday before each general conference.

Women and mothers have an increased opportunity to attend these meetings with their daughters, age eight and up, and hear messages from the Relief Society, Young Women, and Primary general presidencies.

Though a specific reason for the change was not stated, the First Presidency has promised that “As the women of the Church gather together—sisters, mothers, and daughters—they, their families, and the Church will be strengthened and blessed.”

You can read the full press release in the online Church News.