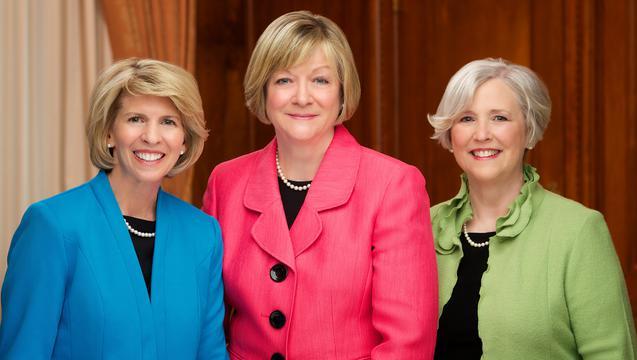 The First Presidency of The Church of Jesus Christ of Latter-day Saints announced a new Young Women General Presidency during the Saturday afternoon session of the faith’s 183rd Annual General Conference today.

The following individuals will serve in the new presidency:

Sister Oscarson has served as both a ward Young Women president and as an early morning seminary instructor multiple times. From 1976 to 1979 she served with her husband, who was the president of the Sweden Göteborg Mission. From 2009 to 2012, she served as the matron of the Stockholm Sweden Temple. She holds a bachelor’s degree from Brigham Young University with an emphasis in British and American Literature, and is married to Paul Kent Oscarson. They are the parents of seven children.