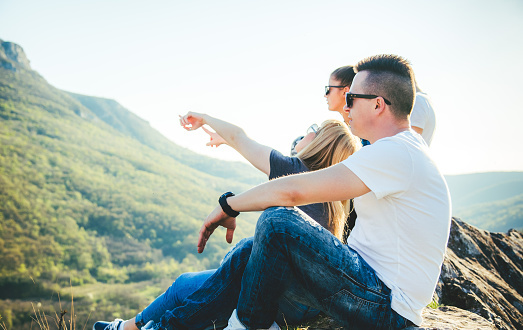 The first year Dr. Robert Ferrell spoke at BYU Education Week, he was surprised to find his classroom was packed.

But the attendees weren't there to hear Ferrell, a former YSA stake president and bishop; they were there for the topic: young single adults.

"That really hit me, like, 'Wow, people are really worried about this rising generation—what do we do?'" Ferrell says in a Leading Saints podcast episode. "So that's a big concern of mine, because I think we are seeing quite a shift in this generation leaving organized religion."

Having met with thousands of young single adults one-on-one and hearing their concerns, Ferrell shared a few insights on how to support YSA members as they live the gospel.

Some may think that the emphasis of the young single adult program is marriage, and Ferrell says that needs to stop.

"We have got to stop this message that the young single adult program is all about getting them married," Ferrell says. "Can I tell you how many moms have told me, 'I'm not sending my 18-year-old daughter to the young adult ward . . . because they just want to try to get them all married off.'"

That's not to say marriage isn't a worthy goal and personal focus. However, when young single adults are constantly being reminded of something they already know, that marriage is important and they aren't married yet, it can be like "pouring salt into an open wound," Ferrell says. It can also make marriage appear as if it is a checkbox on a to-do list, a message that can push away many young single adults, Ferrell says.

However, helping young single adults focus on making connections to Christ can help in so many different areas of their spiritual progression.

While sitting in a high council coordination meeting, Ferrell says he was taught a lesson about letting the young single adults lead that he will never forget.

"About halfway through it, a topic came up that they then responded to and it lit up those four sisters," Ferrell says. "And they just sat there and looked at us and said, 'That's not going to work. This isn't going to work. You're doing this, and we're pushing people away.' And they took the next 45 minutes of the meeting and it was phenomenal."

Ferrell says young single adults often don't look for help from older Church leaders first; instead, they look for advice from among their peers.

And when young single adults are working together, they help prepare each other for different phases in life.

"Can you imagine if I had a returned missionary and an 18-year-old that are going out and visiting 600 less actives? What better preparation for a mission," Ferrell says.

When Ferrell met with the four sisters called as the YSA Relief Society stake presidency, he asked them what they thought the number one issue facing young single adult women is.

Though many issues were discussed, one, in particular, was something that isn't often discussed as a challenge for women in the Church: pornography.

► You'll also like: Why Women Struggle with Pornography Too + 5 Ways to Talk with Your Daughter About It

"And if they have a problem with it [pornography], they are going to a male leader to talk about it," Ferrell says. "Can you imagine how hard that is for them?"

Of course, the Relief Society presidents were not taking over the duties of the bishop. Instead, they were creating a safe place these women could turn to until they were ready to see the bishop and continue with their spiritual progression.

Another example Ferrell gave was when an early returned missionary was struggling to decide whether or not to go to church the following Sunday.

"As he's driving off, another young adult who knew him and knew a little bit about his situation texted him right then and said, 'Listen, I think I know what's going on. Heard you're home. Why don't you come to the young single adult ward? Nobody knows you. Nobody knows the situation. You just need to come to church.'"

Find the rest of the podcast episode here.