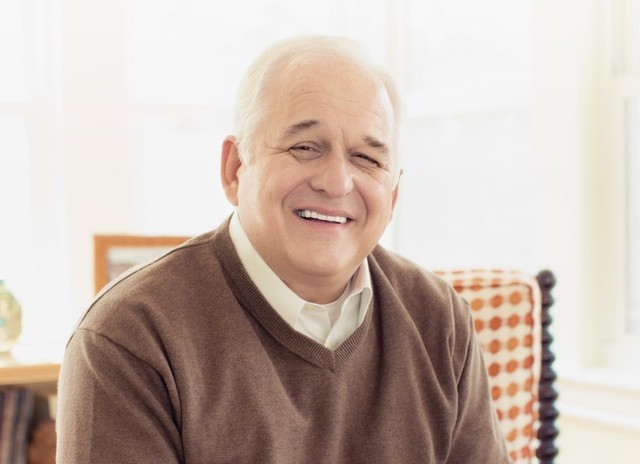 The following is an excerpt from That We May Be One, A Gay Mormon's Perspective on Faith & Family by Tom Christofferson.

You may recall a campaign a few years ago that was called “It Gets Better.” After a rash of gay teenage suicides, a group in Los Angeles got together to create a video of famous people sending the message to kids that growing up gay can be horrible, but it really does get better, and life is worth living. For me, it started getting better when my family moved to Delta, Utah. There were still a couple of difficult experiences, but I recall the three years there as being filled with fun and enjoyment.

As I write this, I am imagining you reading these words. If you are a gay or transgender teenager, please believe me that it really does get better. You will find those who love you and want to be part of your life. Your Heavenly Father knows you completely, the whole of you, and loves you. He is eager to help you on your journey.

While you may deal with issues of bullying at school, by and large your generation is the most accepting, most open-minded we have seen, with an almost inborn sense of fairness and inclusion. I have wondered if it is a coincidence that this generation has appeared at the time when the Lord requires a hastening of His work. Perhaps because this generation has a particularly strong ability to love generously those who are least like them, these are the souls the Lord has saved to break down the final barriers to preaching His gospel to all the nations.

If you are the parent of an LGBTQ child who has recently come out, I also promise you that it gets better. Please start with the knowledge that there is nothing shameful about being gay, lesbian, bisexual, transgender, or queer. Our Church leaders have made it clear that there is no sin in attraction. Nothing about your child makes him or her an enemy to God. Homosexuality is simply a fact in this world, and its occurrence is somewhat more frequent than having green eyes or red hair and somewhat less frequent than being left-handed. There is nothing to hide or be embarrassed about. And the very good news is that our society is quickly coming to understand this. Please be sure your child understands that, although there are choices to be made, there is nothing intrinsically wrong or shameful about him or her. Nothing.

I wish my mother were still here to deliver this message. Unbeknownst to me at the time, apparently when some of my nephews were young teenagers at a family reunion and had just learned that I would shortly be arriving with my partner, they were sharing some laughter about gays coming to the reunion when my mother came around the corner. She was a little less than average height, on the thin side, and a rather mild person. My brother Wade was witness, though, to her righteous and powerful indignation on that occasion, which left a few boys quaking in her wake: “You will never speak like that again about my son!”

It gets better for parents, too. The initial shock of discovery wears off, the feeling that the world has turned upside down diminishes with time, communication gets easier, and thriving in ambiguity is a skill that can be learned and practiced.

To bishops and youth leaders who may be reading this, may I also plead with you that now is the moment to draw LGBTQ youth closer, not to push them away. I promise you that these young men and women are worthy, that identifying themselves as queer, for example, does not mean they are having sex or doing anything inappropriate. They are learning about themselves and trying to live honestly in the world. Please, please let them know that you love them, that you want to be part of their process, an ally in their daily lives. Make even greater efforts to include them in activities, in priesthood callings, in opportunities to develop their spiritual strength. Their courageous openness is a great favor to you in your stewardship: in the same way we wouldn’t mix young men and young women in sleeping arrangements at campouts and treks, we wouldn’t put all the gay kids in the same tent. The same is true, obviously, for mission presidents: what a help that LGBT missionaries are self-identified rather than hidden, as inspiration is sought in assigning companionships. The point is this: hanging out with straight kids all their lives hasn’t turned the gay kids straight. Certainly the reverse would also be true: spending time with the gay kids is not going to make the straight kids gay. What we most need to focus on is ensuring that the gay kids come to the event, knowing that they are wanted and will not be the subject of cruelty or indifference.

I could relate heartbreaking stories about the impact in the lives of young people who have been shunned by their peers or by leaders at church. Such things have no place in the Church of Jesus Christ. We may feel awkward or ill-informed, but that is no excuse for not reaching out in love to all those in our stewardship.

The desire to serve a mission is as appropriate and as realistic after your child comes out as it was before. In past generations, men and women often didn’t come out until they were in their twenties, largely because they were doing so in a society that marginalized and demeaned them. The beneficial aspect of this timing was that many had served missions and had experiences that taught them of the Savior’s Atonement. They could distinguish spiritual promptings. They had seen the Spirit at work in the lives of others. And they could bring that maturity to their decision process.

It is wonderful that there is so much more acceptance and openness now that young people can openly go through the process of learning about themselves—but it has had the unfortunate effect of causing many to decide in their preteen or early teen years that there is no place for them in the Church and they might as well drop out now. This can result in a lack of spiritual life or grounding at a time when youth most need it. Many of us are living testimony that there indeed is a place in the Church for LGBTQ people; more important, the opportunities to mature, grow, and season in the things of the Spirit are available to all, gay and straight, if they will do the work to access them and support is given to assist them in that work. 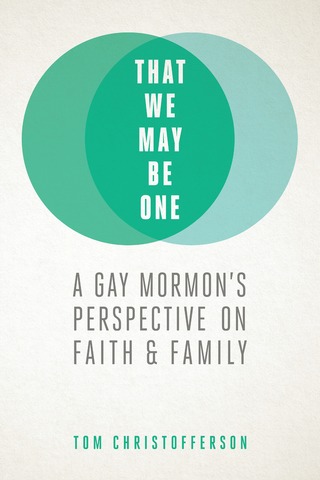 In his book, That We May Be One: A Gay Mormon's Perspective on Faith & Family, Tom Christofferson shares lessons that he, his family, and his fellow Saints learned while trying to love as God loves. It is about the scope and strength of this circle of love and about how learning the truth of our relationship with God draws us to Him.

For anyone who has wondered how to keep moving forward in the face of difficult decisions and feelings of ambiguity; for anyone who needs to better understand the redeeming power of our Savior, Jesus Christ; for anyone who seeks to love more fully; this book offers reassurance and testimony of God's love for all of His children.