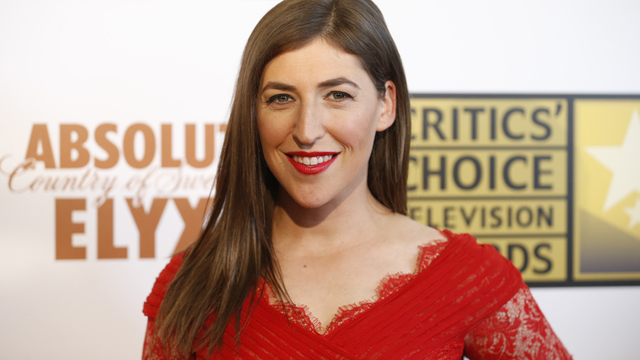 Remember when Noelle Pikus-Pace stood for her standards at a photo shoot? Bialik commended her and even posted the story to her Facebook page. And just like many Mormons who live their values on and off the screen, Mayim Bialik is an example of standing for her belief in modesty--no matter what those around her think.

Mayim Bialik is a mother of two with a Ph.D. in neuroscience, and she also happens to be a four-time Emmy Award nominee.

As a Hollywood actress, Bialik is best known for her roles as Amy Farrah Fowler on CBS's The Big Bang Theory  as well as Blossom on NBC's show of the same name.

Recently, in an interview with Fox News, Bialik talked about the importance of modesty in her life.

"Being a modest dresser, that for me is a certain amount of my religious faith -- privacy and chastity. Just because I have a body, doesn’t mean it means to be on display," she says.

Despite sometimes being condescendingly labeled a prude, Bialik sticks by her values, noticing the difference her choices can make on others.

"It's important, especially for children and men and my sons to hear I'm not ashamed of my body, I just don’t feel the need to display it with two tiny pieces of fabric when I want to go swimming," she says.

"I think in general it's never going to be trendy to be observant or religious in Hollywood circles," she admits.

But despite the pressures from Hollywood, Bialik continues to hold strong in her beliefs.

"I have an unwavering faith in a power greater than myself and I don't think that will change any more than my belief in gravity will change," she states.