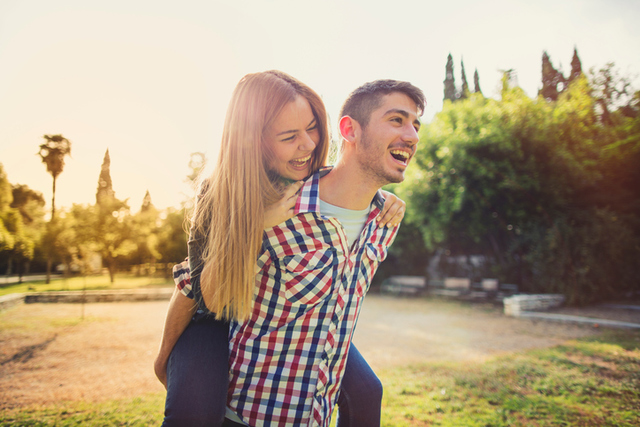 Are "Checklists" for What We Want in Our Future Spouse a Good Thing? Marriage Expert Explains 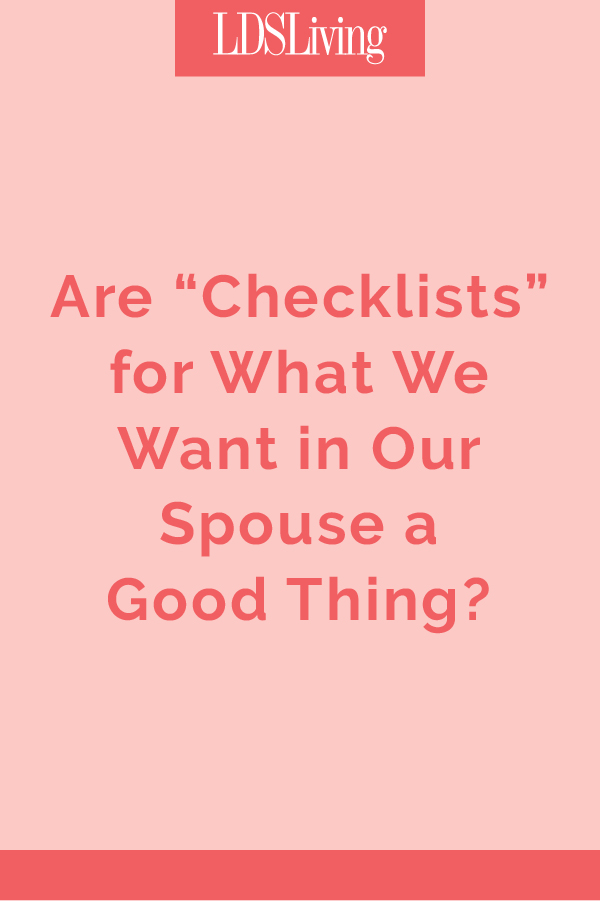 With the wedding season just around the corner, the something borrowed, something blue preparations can be a not-so-subtle hint it's time to upgrade your relationship status.

But, as we start dating and becoming more serious in our relationships, we need to ask ourselves, is having a list of predetermined attributes of the man or woman of your dreams a good thing?

"It’s good to have expectations of what you want because if you don’t know what you want you’re not going to get it," licensed marriage and family therapist Nikki Harmon says.

Just as it would be unwise to purchase a car without first knowing what you would want, it is also unwise to seriously date without having some idea of the kind of traits you would want in a future spouse, she says.

While knowing ourselves and knowing what we want is an important step in finding a spouse, some lists can be taken too far.

"If you have priorities like, ‘I will only be with someone with blonde curly hair and one green eye,’ you’re greatly narrowing your prospects," Harmon says.

A hard and fast list with no wiggle room can be dangerous.

"A lot of attributes can be harmful if you kind of add the end-all to the list," she says. "I think it’s a really good thing to say, 'I want to marry someone that served a mission.' However, what happens when you meet someone who is a convert and got baptized to the Church when they were 22 and didn’t have the opportunity to serve a mission, but are very strong in the gospel? They're committed, they have a strong testimony. That might make you overlook some good prospects because you can’t check that off."

Rather than having an end-all, black-and-white list, Harmon recommends having two or three traits that are nonnegotiable—such as having a testimony—as well as a few ideas that can be up to interruption or that you are willing to be flexible on.

It's true people do change after marriage, and Harmon recommends looking for some underlining qualities—like how they live the Gospel when no one is watching—that may help determine if a couple will change together in a compatible way. However, it is still difficult to predict what a person will be like 10 years from now, Harmon says.

"You know, part of this life is agency and God gave us agency and he lets us exercise that and we have to try to make a smart choice when it comes to a partner," she says. "We have to make sure we are doing the things we need to be doing and the rest of it is out of our control, which can be scary, but that’s how it works."

But courtship is the time in a relationship to see how the other person reacts to "bumps in the road." Harmon recommends seeing how the person is when they are sick or tackling a stressful event.

"You want to definitely argue," she says. "Do not get married to someone that you have not had an argument or disagreement with. You want to see how that happens and how that plays out."

"You think about, in your family with your parents or with siblings, who you fight with the most or who frustrates you the most. That person will eventually be your spouse," she says.

There are some traits you definitely want to see in your spouse, she added.  Empathy, being able to handle feedback, and kindness all are important in forming a long-term relationship.

Overall, whether physically penned or just mentally created, the right kind of checklist may help you find the one you've been looking for.