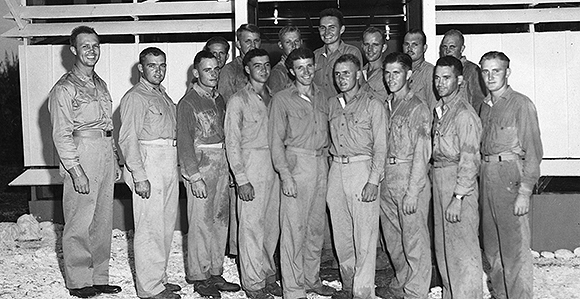 MR says: As a marine in WWII, Elder L. Tom Perry arrived at Nagasaki weeks after the atomic bomb hit. Read his memories of the carnage and how he helped the Japanese people.

As their troop ship pulled into Nagasaki’s harbor in September 1945, L. Tom Perry and fellow U.S. Marines gathered at the rail to look over the city where the United States had carried out air raids and dropped, on August 9, an atomic bomb.

“I would never have believed the place could have been as completely destroyed if I hadn’t been there to see it,” he recollected. “We all thought the harbor district was bad, but as we got on the trucks to ride to our camp, we had to pass through the end of the atomic bomb district. There wasn’t one thing standing there—just a leveled city.”