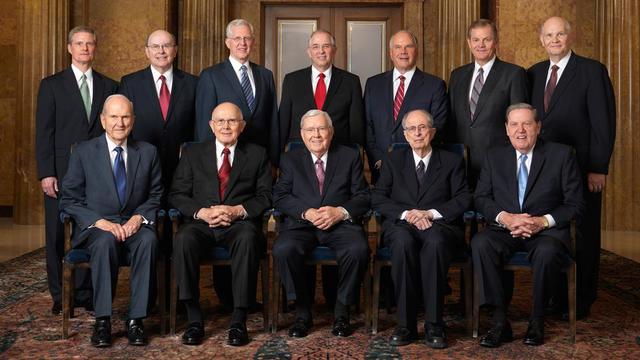 How Is a New Apostle Chosen in the LDS Church?

Have you ever wondered how a new Apostle is chosen in the LDS Church?

In Biblical times, we read of how Matthias was chosen to take up the office of apostle after Jesus ascended into heaven:

"And they gave forth their lots; and the lot fell upon Matthias; and he was numbered with the eleven apostles" (Acts 1:26).

In the Latter days, we learn that the Quorum of the Twelve was called by revelation received by the Three Witnesses to the Book of Mormon (see Doctrine & Covenants 18:26-47).

Much the same process is still used today. The Church topic page on apostles shares that "Apostles are chosen through inspiration by the President of the Church, sustained by the general membership of the Church, and ordained by the First Presidency and Quorum of the Twelve Apostles by the laying on of hands."

Mormon Newsroom explains, "A replacement in the Quorum of the Twelve is called by the President of the Church, who receives inspiration in extending the call. The new member of the Twelve may be called from one of the Quorums of the Seventy (which are made up of General Authorities who are senior leaders in the Church) or from general Church membership around the world."

Potential candidates do not put forth their names for consideration. Rather, they are called of the Lord, who has said of His apostles, "Ye have not chosen me, but I have chosen you, and ordained you" (John 15:16). As we read in the Teachings of the Prophet Joseph Smith, “Every man who has a calling to minister to the inhabitants of the world was ordained to that very purpose in the Grand Council of heaven before this world was” (p. 365).

► You'll also like: Elder Eyring’s Call to the First Presidency

Speculation on matters such as this has historically been discouraged. Speaking of prophetic succession, President Harold B. Lee suggested that speculating is “not pleasing in the sight of the Lord.”

New appointments are generally announced at the next session of general conference in April or October.

► You'll also like: Calling Multiple Apostles: What You Need to Know