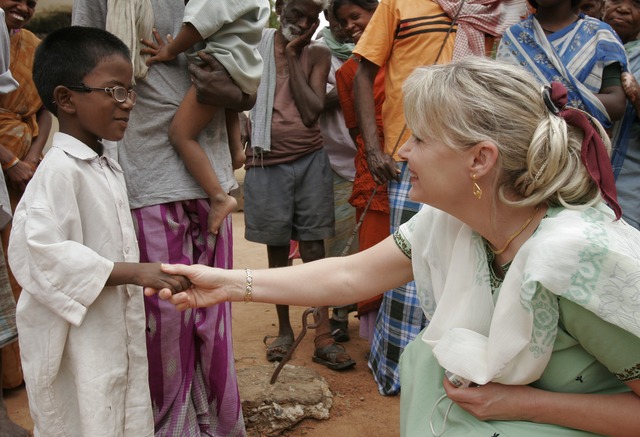 A family tragedy would lead this LDS housewife down an unexpected path—one that would bring hope and healing to thousands of people half a world away.

For years, Becky Douglas’s life was a whirlwind of motherly activities: endless carpooling and school activities, sporting events and dance recitals, music concerts and church responsibilities. Then, 18 years ago, her life changed forever.

Her oldest daughter, Amber, had been struggling for years with severe bipolar disorder. In 2000, Amber lost her battle with the disease and took her own life while away at college. As a grieving Douglas sorted through her daughter's belongings, she discovered that Amber had been sending money to India to support an orphan.

"I think because she suffered so much that she had a real soft spot for others who suffered," Douglas recalls.

In lieu of flowers, the family asked that donations be made to the orphanage; so much money was collected that Douglas was asked to serve on the orphanage's board of directors. "I decided that I'd better go to India to see first-hand what was going on," she says.

During her visit, Douglas found the orphanage to be clean and the children well cared for. "They actually had a lot by Indian standards," she says.

But while driving through the city of Chennai, between the orphanage and her hotel, she was shocked by the intense suffering of the beggars who assailed her car at every stop, pressing themselves against her car and thrusting their deformed hands and faces up into her window. Horrified by what she was witnessing, Douglas asked her driver, "Who are these people?!"

Her driver responded that they were "untouchables." Dirty and deformed, some with gaping wounds, these beggars were afflicted with a debilitating disease that Douglas thought was a thing of the past—something you only read about in Sunday School—leprosy.

"It's hard to admit, but it hurt to look at them," she recalls. "The suffering was palpable—I just wanted to turn away."

When Douglas returned home, she was unable to sleep. She couldn't get the images of the leprosy victims out of her mind, especially one young mother who had crawled toward her car in Chennai. As Douglas rolled down the window to make sure their car wouldn't harm the woman as they pulled away, their eyes met. Those anguished eyes haunted Douglas. She kept thinking to herself, Someone should do something!  Then Douglas soon had the realization, Well, you are someone! It was then that she finally resolved to take action.

Douglas called four close friends—houeswives just like her—to join her in creating a small charity to address the needs of the leprosy affected in India: Rising Star Outreach (RSO). Initially, the charity only delivered humanitarian help in the form of food, clothing, and medicines to a few leprosy colonies of Tamil Nadu, India. It didn’t take long to figure out, though, that if they delivered food to the patients today, they would have to provide it again tomorrow. Clearly, a better solution was needed to provide sustained care for these people. In addition, the patients were miserable and felt their lives had no meaning.

As Douglas began to educate herself about the disease, she learned that in India people afflicted with leprosy lost much more than their health—they were treated as "untouchables," disowned by family members and cast out of society because of the cultural stigma associated with the disease. 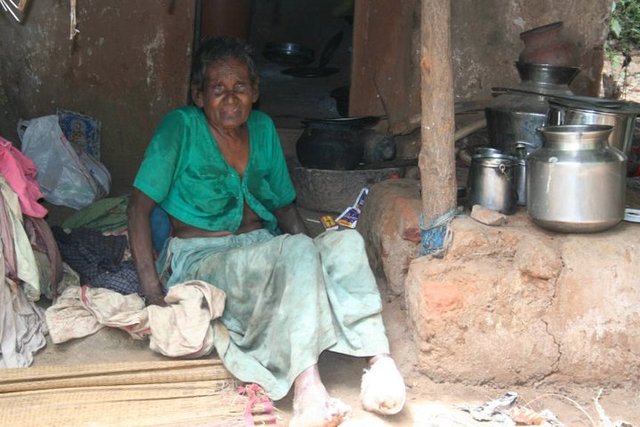 "Leprosy is considered to be the worst curse God can give a man," Douglas says. "It's a common belief that if you have this disease, you're being punished for a sin you committed in this life or a previous one."

Douglas also learned that there are millions of leprosy-affected individuals in the world today, and that India is home to more than 60 percent of those cases. But while it has been affecting people for thousands of years, the cure has only been known for the past 150.

Despite the fact that leprosy is curable and easily treated (in fact, the Indian government offers treatment free of charge), those afflicted with the disease are often too ashamed and afraid to seek treatment. They've been forced to abandon life as they know it to live in leprosy colonies on the outskirts of civilization and beg on the streets for survival.

To help leprosy victims and their families as much as possible, Douglas eventually determined that Rising Star Outreach needed to take a three-pronged approach: 1) provide mobile medical care for people living in the colonies 2) create a safe learning environment for the children of leprosy victims, and 3) offer micro business loans to help leprosy-affected individuals become self-sufficient. 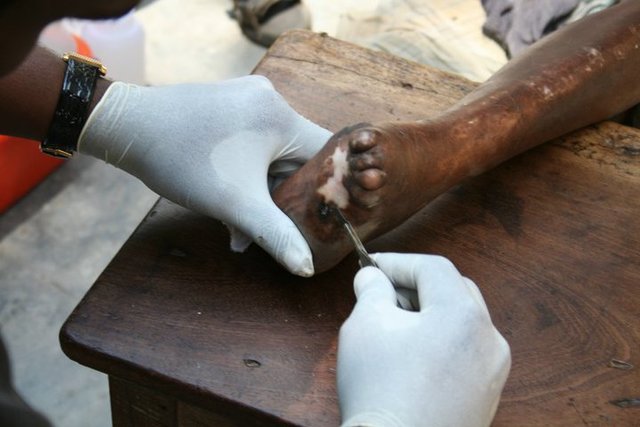 Due to lack of resources and terrible living conditions, leprosy victims are often forced to use crude instruments in unsanitary conditions to treat their sores. But Rising Star Outreach is changing that by giving patients access to clean bandages and medications through its mobile medical clinic. A medical team makes regular visits to leprosy colonies to properly care for wounds, treat other diseases such as tuberculosis and diabetes, and screen people for the beginning stages of leprosy. In fact, in 2017 Rising Star Outreach performed more than 10,000 leprosy screenings.

"If caught early on, a person can avoid any physical signs that he or she was ever afflicted with leprosy," Douglas says. 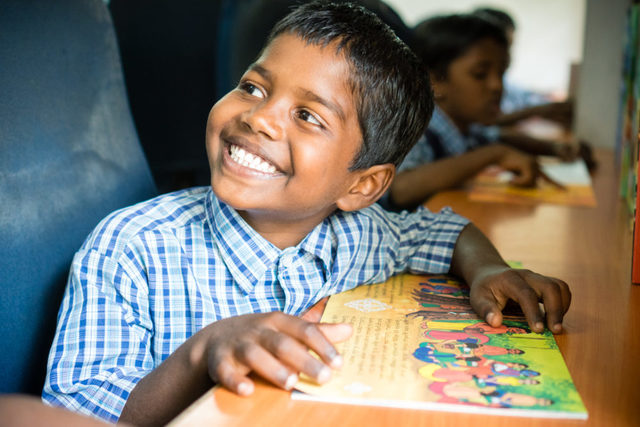 Even if they are disease-free, the children of leprosy victims are also treated as "untouchables" and are forced to become street beggars like their parents. And because leprosy has a genetic aspect—only people with a positive component are susceptible to the disease—children of leprosy victims are in grave danger of contracting leprosy themselves.

But by providing colony kids 14 acres of beautiful farmland to live and go to school, giving them nutritious meals, and teaching them proper hygiene, Rising Star Outreach has greatly reduced that risk.

In 2004, 27 children attended the fledgling primary school. Today, 330 children grades K-12 attend the boarding school, and 49 graduates will begin college or vocational school this year. Students from leprosy colonies who cannot attend Rising Star Outreach’s school are now provided the opportunity to attend local schools through the provision of Perpetual Colony Education Grants. Over 418 new grants of this nature were administered in 2017 alone.

In 2017 and early 2018, Rising Star Outreach also opened two new preschools: one for 60 preschoolers in the Kondwa leprosy colony, and another for leprosy-affected families in Madhya Pradesh, serving another 60 students. 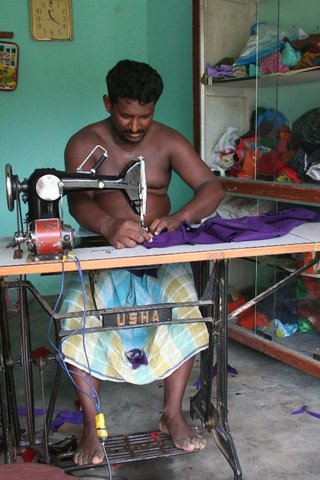 For leprosy victims, street begging seems like their only option for survival. But thanks to Rising Star Outreach and their partnership with Padma Venkataraman, a well-known activist and daughter of a former Indian president, thousands of leprosy victims who were once beggars have been able to receive micro loans to build their own businesses. Venkataraman was instrumental in helping Rising Star Outreach introduce these principles of economic rehabilitation and self-sufficiency in several leprosy colonies.

"Business is a great vehicle to eliminate stigma and prejudice," says Douglas. "The stigmas kind of melt away when both parties are benefiting." As the micro loans are repaid, the money is loaned again to other families, giving even more leprosy patients the opportunity to enjoy a new way of life.

"Sadly, when you beg on the streets, the worse you look the more money you make," says Douglas. "It makes leprosy victims want to be the worst they can be. But when they start their micro businesses, they begin cleaning themselves up. The transformation, both inside and outside, is amazing." 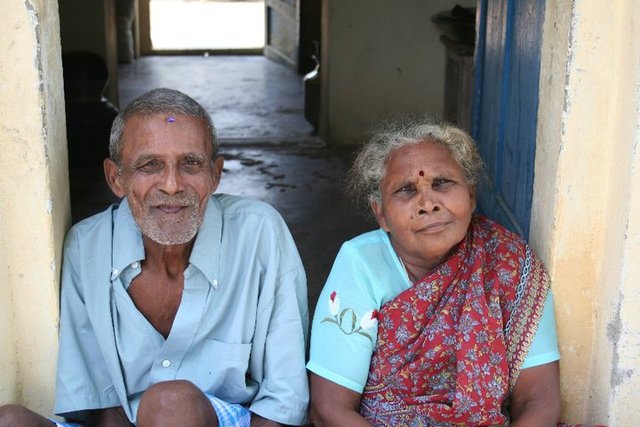 What started as Becky Douglas's determination to continue her daughter's legacy of giving has turned into a thriving organization that is successfully breaking the tragic cycle of leprosy in India.

Rising Star Outreach now assists leprosy-affected individuals and families from over 60 leprosy colonies, has graduated 126 students from high school who otherwise would not have been able to attend school, helped over 400 budding leprosy-affected entrepreneurs through micro-grants, and improved thousands of lives for the better by providing life-changing and critical medical services.

"It just goes to show that if you take the first step, God brings the world to you and you can do amazing things. Everyone can make a big difference."

Visit risingstaroutreach.org to learn how you can sponsor a child or help in another way.