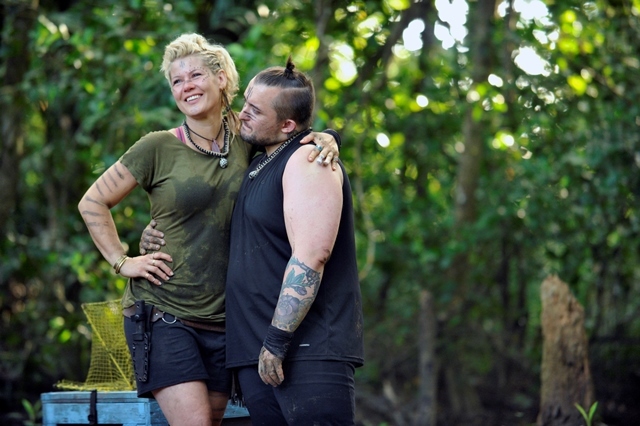 Tamra Hyde, a woman who has been living a minimalist, nomadic life for the past year and a half and has participated in two survival-premised reality TV shows, is not your typical Mormon woman. But is there a typical Mormon woman? There are ideal Christlike attributes we all should strive for, but every woman is different and has a strong personal identity—something Hyde is trying to show by the way she lives her life.

Hyde was recently featured on Fox’s reality TV show Kicking & Screaming from executive producer Matt Kunitz (“Wipeout,” “Fear Factor”), in association with Lionsgate Television, and hosted by Hannah Simone (“New Girl”). In the comedic competition series, 10 “survival experts” must work with inexperienced “pampered partners” to be the last to survive challenges in the wilderness. Though Hyde was cast as one of the “survival experts” for the show, only a few years earlier nobody would have guessed she would claim that role. She would have been the pampered partner.

Make the Change You Know You Need

“I hated hiking and camping, I was working in the beauty industry, I had over 200 pairs of shoes, and I was in and out of a codependent relationship,” Hyde says of her previous life. “I had a pretty serious shopping problem, a preoccupation with my appearance, and my life was out of balance. I was stalled out, in a rut.”

After years of living this way, Hyde woke up one day and knew she needed to change her life. Two weeks later she quit her job and moved to Mesa, Arizona, not knowing anyone or having any real sort of plan. But she quickly developed one.

“It seemed like everywhere I went, people talked about the Anasazi Foundation, a wilderness therapy program started by members of the Church. It came up in conversation everywhere while I was looking for a job, and one day I saw the place with the sign and suddenly found myself inside filling out the application,” Hyde says. 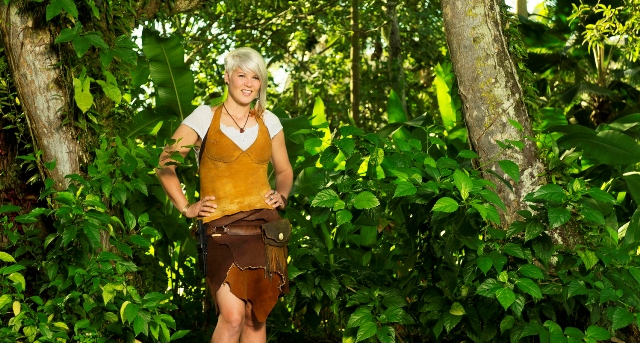 Working for the Anasazi Foundation was very challenging at first for Hyde. She felt humbled by the experience as it brought her closer to God. She spent many days in the Arizona wilderness with only a few supplies, practicing survival techniques and helping adolescents change their life and self-image.

“I knew that what was there was what I needed. I could feel the healing there and it was starting to balance me out,” Hyde says. “I recognized very quickly that we have a lot of these imbalances in life and our society and . . . I saw that I had been operating with a deficiency and being in the wilderness was making me better and helping me function properly.” 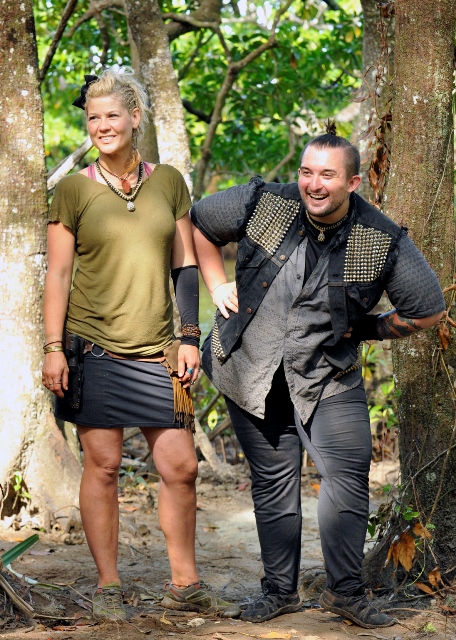 The experience with Anasazi gave Hyde a deepened perspective of self, God, and others. She was able to receive increased clarity, peace, balance, connection, awareness, and healing.

“It’s the mountains, it’s the desert—you wouldn’t believe the spiritual experiences I’ve had just from the smell of a juniper tree, or being on top of some cliffs and feeling the breeze or feeling the sun—it’s spiritual and it’s connection with God,” Hyde says. “It’s what I needed because this world is very distracting.”

She continues, “I still like to look good, but my appearance doesn’t determine how I function or feel. I appreciate technology and modern civilization. 'Stuff' can be great, but I’ve broken the dependencies and addictions. I don’t NEED it, and that is very empowering. After realizing that I could function happily with only basic tools and without a mirror, my interactions with people were the reflection, not my appearance. How I interacted with others, that’s how I based how I felt about myself.”

In the years since her introduction to Anasazi, Hyde has continued to feel called to the natural world. She has since worked for Wingate Wilderness, California Survival School, Wilderskills, and has stayed involved in the primitive skills community.

Ten years after her life-changing experience with the Anasazi Foundation, Hyde was contacted by Fox to be on Kicking & Screaming and has had even more growing experiences while on the show. One immediate example is her “pampered partner” Maxwell Carr.

“Naturally they put the Mormon girl with the gay atheist,” Hyde laughs. “Well the joke’s on them, [because] we are the closest team out there. We’ll be friends for life!”

Hyde believes God placed the two in each other’s paths for a reason. As being friendly is already part of her nature, she appreciates the opportunity she has to grow with Carr. Her understanding of true principles in the Church has helped her to overlook differences and seek the common ground.  “We are extremely different,” Hyde acknowledges. “He lives in the club and loves alcohol and is very much into pop culture. But what we do have in common is we are both good-humored people who love to make connections with other people. He is full of wisdom. He is compassionate and wise and insightful.”

Because they see each other for who they are on the inside, Hyde and her partner have been able to extend grace to each other. For instance, on one occasion Hyde got upset with another participant, but Carr encouraged her to apologize. Another time, when Carr became upset during the first challenge, he acted negatively toward Hyde, but she responded with grace.

“I said, ‘I didn’t like that, don’t do it again, but we’re good. We’re starting over.’” Hyde says. “He told me later that he promised himself that he would never be rude to me again.”

Along Hyde’s and Carr’s journey, they have seen the best and the worst of each other, but they have bonded in a way that many of us can learn from in our own relationships. When Hyde was sick for three days straight, a few of the Christian participants came to pray over Hyde to help her to heal. Carr, although an atheist, also wanted to help. Doing the only thing he could think of, he participated in the prayer and said “amen” at the end.

In addition to her friendship with Carr, Hyde has seen other benefits from her participation on Kicking & Screaming. “One of the big reasons I wanted to do the show was to represent members of the Church in a different way than people expect,” Hyde says. “I think it is particularly powerful to show a Mormon girl and a gay atheist just having a blast together and really taking good care of each other.”

With such frequent misrepresentation of Latter-day Saint women in the media, Hyde feels it is important to represent Mormon women the way they truly are.

“Mormon women are so strong.” Hyde says. “I wanted to represent for women in general that you can be beautiful and be strong. You can do the hard thing and still shine femininity.”

Another reason Hyde participated in the show is because she felt fear had robbed her in many significant ways. She was determined to say yes to opportunities in life even if she was afraid. And so she has. She has adjusted to a nomadic lifestyle, living in her car, traveling, and occasionally working as a backcountry guide or teaching primitive living survival skills.

“I’ve traded in stuff for life,” she told Al Christensen on his YouTube channel, The Rolling Steel Tent. “Anything that burdens you and keeps you from doing what you want to do and living the life you want to live (except for family obviously—keep that), but get free. Drop your burdens. Drop the heavy things so you can travel and experience what you want to experience.”