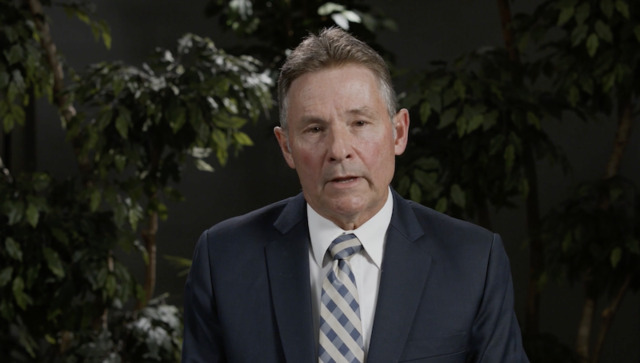 How much do we know about the spirit world? This BYU Education Week presenter shares what prophets, scriptures have taught

What happens between death and resurrection, and what do we really know about the subject? In a BYU Education Week address, Curtis L. Jacobs, who has been a seminary and institute teacher for 41 years, recently shared his insights from scriptural sources, quotes, and other references on the topic.

Although the spirit world can be a difficult subject to understand, Jacobs broke up the material into concepts, including paradise, spirit prison, the Savior’s ministry in the spirit world, outer darkness, and our responsibility here on earth. Here’s a brief look at each point and why they’re important to understand.

Why Study about the Spirit World

Encouraging listeners to consider the first time they had an idea that death is a reality for everyone, Jacobs gave examples in his talk of why studying the spirit world can be useful not only for our own understanding but when having conversations with different faiths. He also shared this quote from the Prophet Joseph Smith, who said we should study the topic constantly:

All men know that they must die. And it is important that we should understand . . . the designs and purposes of God in our coming into the world, our sufferings here, and our departure hence. What is the object of our coming into existence, then dying and falling away, to be here no more? It is but reasonable to suppose that God would reveal something in reference to the matter, and it is a subject we ought to study more than any other. We ought to study it day and night, for the world is ignorant in reference to their true condition and relation. If we have any claim on our Heavenly Father for anything, it is for knowledge on this important subject (Joseph Smith, History of the Church, 6:50, Doctrines of the Gospel Student Manual p. 83).

The word “paradise” often comes up in scripture—but what is it, exactly? Jacobs gave a list of scriptures as references:

These scriptures describe paradise as a state of rest and peace after death, said Jacobs. This definition of paradise is also clear from a quote in True to the Faith:

In the scriptures, the word paradise is used in different ways. First, it designates a place of peace and happiness in the postmortal spirit world, reserved for those who have been baptized and who have remained faithful (p. 111).

Sharing verses from Doctrine and Covenants 138, Jacobs highlighted the vision received by President Joseph F. Smith about the spirit world in 1918. In the vision, the prophet saw “the righteous dead assembled in paradise and Christ’s ministry among them.” These righteous dead had a firm hope of “a glorious resurrection, through the grace of God the Father and his Only Begotten Son, Jesus Christ.” They also were the “spirits of the just, who had been faithful in the testimony of Jesus while they lived in mortality,” and who had “a firm hope of a glorious resurrection” (D&C 138: 12–18).

In Jacobs’s address, he noted a potentially exciting aspect of being in paradise. Sharing his own personal love for travel, he asked listeners where they would go if they could go anywhere in the world. Interestingly, he said, traveling, in a sense, could be a benefit of being in paradise, according to this quote from Brigham Young:

If we want to visit Jerusalem, . . . and I presume we will be permitted if we desire—there we are, looking at its streets. If we want to behold Jerusalem as it was in the days of the Savior; or if we want to see the Garden of Eden as it was when created, there we are, and we see it as it existed spiritually, for it was created first spiritually and then temporally, and spiritually it still remains. And when there we may behold the earth as at the dawn of creation, or we may visit any city we please that exists upon its surface ­(Teachings of Presidents of the Church: Brigham Young, p. 281).

However, there can be misunderstandings of the word “paradise” as it is used in the New Testament in regard to when Jesus was crucified on the cross. In the book of Luke, Christ tells a thief who was being crucified next to Him that they will meet in paradise. But this misunderstanding, True to the Faith explains, is due to a mistranslation:

A second use of the word paradise is found in Luke’s account of the Savior’s Crucifixion. When Jesus was on the cross, a thief who also was being crucified said, “Lord, remember me when thou comest into they kingdom” (Luke 23:42). According to Luke 23:43, the Lord replied, “Verily, I say unto thee, Today shalt thou be with me in paradise.” The Prophet Joseph Smith explained that this is a mistranslation; the Lord actually said that the thief would be with Him in the world of spirits (True to the Faith, p. 111).

► You may also like: 3 tips about spiritual preparation from BYU Education Week that can apply to anyone

It is clear from these sources that only those who have made covenants and been faithful to them can enter paradise upon death, Jacob concluded. But does that mean good people who are in spirit prison are in a condition of hell, as wicked people are?

A quote from Gospel Principles states that there is a difference between good people who have not had the opportunity to have the gospel in this life, compared to those who have rejected it.

The Prophet Joseph Smith has also said that good, noble people in spirit prison would not be in the same situation as those who were evil in their mortal life.

I do not believe the Methodist doctrine of sending honest men and noble-minded men to hell, along with the murderer and the adulterer. . . . But I have an order of things to save the poor fellows at any rate, and get them saved; for I will send men to preach to them in prison and save them if I can (Joseph Smith, TPJS p. 366).

Why the term spirit prison? Jacobs explained that the entire spirit world could be described as a prison, as the dead “looked upon the long absence of their spirits from their bodies as a bondage” (D&C 138:50).

The Savior in the Spirit World

In the New Testament, a parable of a rich man and a beggar named Lazarus is written about in Luke 16. In the parable, both men die, but the rich man is in hell while the beggar is in paradise. In torment, the rich man asks if Lazarus can be sent to him to ease his pain, but verse 26 describes a “great gulf” which prevents such a course of action.

This verse shows why other faiths might believe the gospel can’t be preached to the dead, said Jacobs—the gulf seems to be impossible to pass. However, it’s important to keep in mind that at this point in time, the Savior is still in His mortal ministry and hasn’t yet gone to the spirit world.

When the Savior went to the spirit world, is there evidence that the gospel was preached to the dead? Jacobs pointed to 1 Peter 3:18­–19:

For Christ also hath once suffered for sins, the just for the unjust, that he might bring us to God, being put to death in the flesh, but quickened by the Spirit: By which also he went and preached unto the spirits in prison.

Jacobs related how he once shared this verse with a friend of his who is a minister of another faith. However, Jacobs’s friend told him there were two Greek words for “preached” in the New Testament—one simply meaning a proclamation, and the other meaning to convert. The verb in this particular verse was not a form which meant to preach. However, in 1 Peter 4:6, it reiterates that the gospel was preached to the dead—and in this instance, the verb did mean to convert.

From that verb, Jacobs said, it’s clear that all will ultimately hear the message of the gospel.

“All parts of the spirit world—spirit prison, outer darkness, hell—all get a chance to hear the gospel,” Jacobs said. “If we know the gospel is preached to the dead and all parts of the spirit world, and that if a person accepts the gospel, has ordinances performed, etc. they can be saved, brothers and sisters, I’m serious, am I the only one that’s ever thought this—then why have the gospel in mortality? Let’s be candid. If I’ve got the gospel here, I am expected to, as the brethren have taught, stay on the covenant path, repent if I get a little off, and continue to repent even if I’m on?”

Jacobs went on to cite this quote from Brigham Young:

If we are faithful to our religion, when we go into the spirit world, the fallen spirits—Lucifer and the third part of the heavenly hosts that came with him, and the spirits of wicked men who have dwelt upon this earth, the whole of them combined will have no influence over our spirits. Is not that an advantage? Yes. All the rest of the children of men are more or less subject to them, and they are subject to them as they were while here in the flesh (DBY, 379).

Jacobs explained that the word “hell” in the New Testament in Greek comes from three words: Hades, Gehenna, and, Tartaroo (from the word “Tartaros,” which is the lowest abyss in Hades, meant for the devil and his angels). But when it comes to the phrase "outer darkness," those two words only appear six times in all of scripture:

“Never in scripture do those two words refer to the ultimate hell, the place for the devil and his angels. Instead, it always refers to a place after death but before the resurrection,” Jacobs said. He then went on to cite Alma’s discussion with his son Corianton, who describes that after death, those who are wicked go to outer darkness.

“So for Latter-day Saints, outer darkness, scripturally, is a place for the wicked in the spirit world,” Jacobs concluded.

As mortals, Jacobs asked listeners what our part is now for those currently being taught in the spirit world. He then shared a statement from the prophet Joseph F. Smith:

We have a mission to perform for and in their behalf; we have a certain work to do in order to liberate those who, because of their ignorance and the unfavorable circumstances in which they were placed while here, are unprepared for eternal life; we have to open the door for them, by performing ordinances which they cannot perform for themselves, and which are essential to their release from the ‘prison-house’” (Teachings of Presidents of the Church: Joseph F. Smith, p. 241).

“Do you grasp that?" Jacobs asked. "We become, as the scriptures say, saviors on Mount Zion—in a very limited sense, of course—to help people who have embraced the gospel, leave their prison home, and enter the beauty of paradise.”