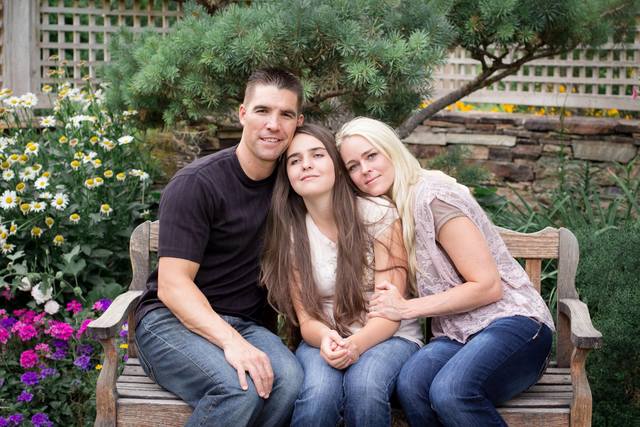 “They are not far from us, and know and understand our thoughts, feelings, and motions, and are often pained therewith.” – Joseph Smith, Jr.

This quote from the first prophet of this dispensation about how thin the veil is rings especially true for the friends and family of the late LDS teen Kennedy Hansen. Kennedy, who started out as a normal little girl, had a passion for kindness, a talent for hugs, and a dream of being a cheerleader. 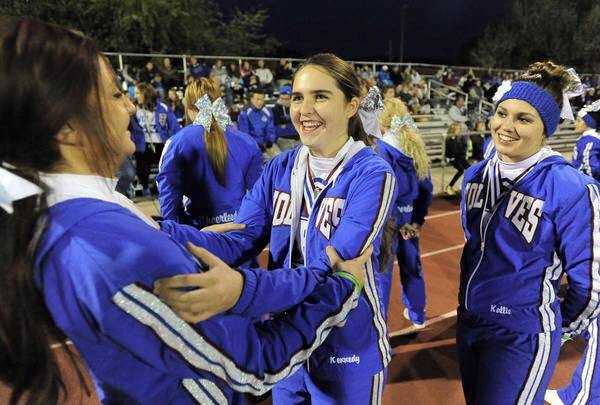 Kennedy was diagnosed with juvenile Batten disease when she was 15. Though her mental and physical state quickly declined, Kennedy’s sense of optimism and faith were contagious and the final months of her life were a fulfillment of many of her young girl dreams.

In the final months of her life, Kennedy was embraced by the cheerleaders of Fremont High School, who rallied to get Kennedy on the team and specialized routines just for their new friend, fulfilling her longtime wish to be a cheerleader. After Kennedy’s speech failed, she was known for speaking through meaningful hugs, leading to the creation of a Facebook group called Kennedy’s hugs, to share her story. Kennedy even met her favorite band, Imagine Dragons, who dedicated her favorite song of theirs, “Radioactive,” to her during their concert.

Kennedy Hansen passed away in May 2014. And though her life on earth ended, her spirit lives on and continues to touch those around her.

“During our family’s and Kennedy’s journey, there were very challenging times,” shares Kennedy’s father, Jason. “When it got really tough, we turned to our knees and prayed sometimes until they hurt. We made sure to never argue about Kennedy and to always embrace one another in many, many hugs.”

But they haven’t just prayed as a family. Kennedy’s brother, Beau, was 5 when his sister died. The little boy struggled with losing his best friend. However, Jason says, “After losing her, [Beau] has excelled magnificently and was voted last year as the 'most charismatic' student in his grade at school. He knows Kennedy is with him and has told us many times that he has seen her and [has] expressed his love for her being there for him. He has done wonderfully as we have seen his little heart turn to Heavenly Father in prayer.”

Kennedy’s adopted sister, Anna, “was a rock star and was so willing to help Kennedy with anything while supporting her with all of the wonderful things going on,” Jason shares. “After Kennedy passed, Anna struggled with the loss of her best friend, but has found solace in knowing that she has a guardian angel forever.”

And though watching their daughter, sister, and friend slowly decline and eventually pass away was difficult, the Hansen family has kept their faith through it all—something they know Kennedy would have wanted. 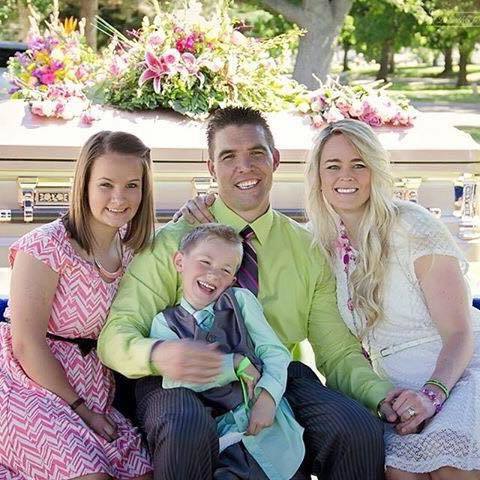 “Jason and I have always taught our children the importance [of knowing] that they are loved by our Heavenly Father and Savior,” says Heather. “They will pour out miracles and tender mercies to us continually; we just need to make sure our hearts are open to receive those blessings. There are no coincidences.”

And those blessings have been recognized in a number of ways. Jason explains, “We never got mad at God during this trial, because He needed [Kennedy] home and we agreed to let her go. When the dust settled after she passed, there was a lot of heartache financially, with relationships and grief. One day, about six months after losing her, I shook my fist at God. And you know what? He didn’t shake back! Sometimes we have to go through roller coasters of emotions to realize who is really in control.”

As the Hansens have continued to rely on God, they’ve seen even more far-reaching blessings that have resulted from Kennedy’s experience, from comfort to missionary experiences.

One of Kennedy’s cheer friends, Lexi Velsquez, shares a particularly powerful story of when Kennedy visited her after she passed away, telling Lexi that missionaries were coming to visit Lexi’s family and that Lexi needed to listen to them. Soon after, the missionaries did arrive on Lexi’s doorstep, and even her father (who was an inactive member, angry with God at the time) eventually softened his heart, leading the entire family to baptism.

Jason shares another stirring story of the influence Kennedy has, even on strangers:

“Since Kennedy has passed away there have been countless missionary experiences. Some that we have witnessed firsthand and many that have been presented second hand. One such experience was that from a woman whom I will not name that lives in the south. She had been baptized in the Church when she was young, but then fell far, far away. Life moved on and so did hers as she found herself married, with three kids and then divorced becoming a single mom. Through abuse, financial hardship and emotional stress, she found herself one night questioning her purpose. She decided to take her own life. As she was preparing to do so, she was going to write a post on Facebook. She sat down and pulled up Facebook, where she was drawn to a picture of a girl and a post about her. The post was one about Kennedy never complaining about her struggles and turning to Heavenly Father for help. It randomly came on her feed. This caught this woman's heart and she pled with Heavenly Father to send something or someone to her the next day to help. She went to bed, arose the next morning, and around nine a.m., she looked out her front window where she saw two sister missionaries standing outside and looking like they were lost. They were not lost, and she felt the spirit of Kennedy tell her they were there for her. She opened the front door and called to them. They came in, where she told them about her experience and about this girl Kennedy. Turns out that one of the sisters knew all about Kennedy's story. They taught this woman and her family, and two of her children were baptized. They helped her regain hope in herself, the gospel, and in Heavenly Father. The woman now lives a peaceful and wonderful life and sent us her story. We were honored.”

The Hansens hope that by sharing Kennedy’s story and love that others can find solace in times of trial. Heather says, “My advice to others facing similar situations is to encourage them to be courageous in how they face their difficult time. Don’t give up. There are so many loving people around you that want to help you. Let them. Always be grateful for the beautiful simple moments and experiences. Embrace more, laugh more, and share your love more.” Jason advises to “have faith, take more pictures then you should, and share with others what you may be afraid of sharing.” 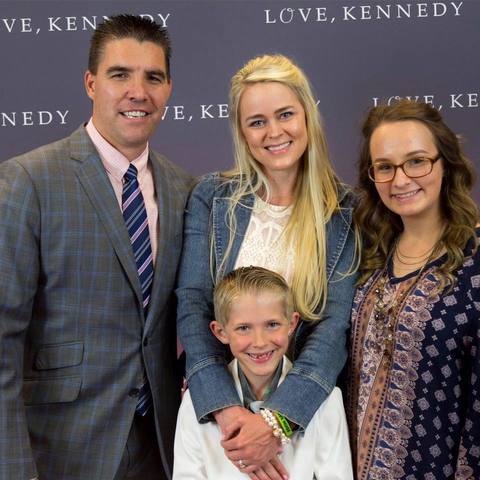 One way the Hansen family has continued to share Kennedy’s legacy is through a new film, directed by T.C. Christensen, called Love, Kennedy. Love, Kennedy portrays many of the touching and inspiring stories from Kennedy’s life—before and after her diagnosis—with actors Tatum Chiniquy (Kennedy), Heather Beers (Heather Hansen, known for her lead role in Charly), and Jason Wade (Jason Hansen, known for his roles in Cokeville Miracle and 17 Miracles). “I hope people take home from the film a message of hope, courage, and the importance of unconditional love,” says Heather Hansen. Her husband adds, “It’s all real. We just have to look, listen, and be open to the Spirit. The priesthood is real and so is revelation. It is needed today in these tumultuous times, and if we exercise it, its powerful outcome will surprise you.” 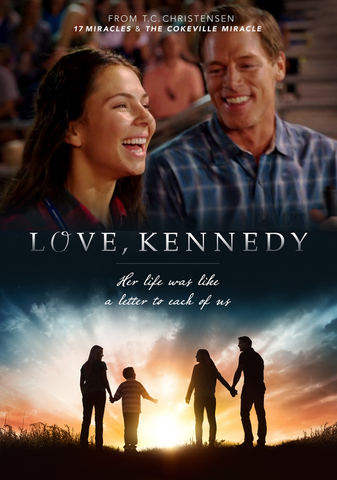