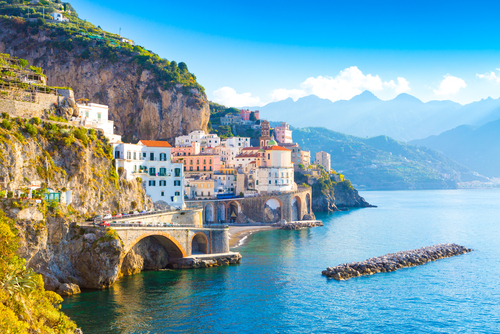 How the Rome Italy Temple Is a Miracle 2,000 Years in the Making

The history of Rome spans more than 2,500 years. Ancient writers and poets described it as “The Eternal City,” or la Città Eterna, and it continues to live up to its name as one of the longest-enduring cities in the world. This March, many of Rome’s visitors will be Latter-day Saints gathering for the dedication of the first house of the Lord in Italy. This temple is the result of an untold number of prayers, struggles, and miracles—a symbolic victory of ancient and modern Christianity.

Aside from the Holy Land, where Jesus Christ lived and served during His ministry, Italy has perhaps more Christian history associated with it than any other location. This history was often violent, and early Christians were frequently persecuted and killed for their beliefs. However, in AD 313, Emperor Constantine legalized the Christian religion, and in AD 380, Nicene Christianity was established as the state church of the Roman Empire. Soon thereafter, Rome became the center of the Christian world, deeply steeped in Christian traditions that penetrated art, society, and even science.

A Difficult Start for the Gospel

Growing up among this Christian-Italian tradition was Giuseppe Efisio Taranto, commonly known by his friends as Joseph Toronto, who, in 1843, became the first Italian to embrace the restored gospel. Toronto was a sailor who operated a small business in the Boston Harbor. It was here that he met Latter-day Saint missionaries as they traveled to Britain. He quickly became converted to the Church and traveled to Nauvoo. Upon his arrival there, he demonstrated great faith by presenting his life savings to Brigham Young for the building of the Nauvoo Temple, hastening the completion of that edifice.

In 1849, Toronto and then-Elder Lorenzo Snow of the Quorum of the Twelve Apostles, along with Thomas B. H. Stenhouse, were among the first missionaries to share the gospel in Italy. At the time, Italy was devoutly loyal to the Roman Catholic Church, and the missionaries had little success. But they found many who were willing to listen to their message among the Protestant people who lived high in the Italian Alps. As Elder Snow reported:

With a heart full of gratitude, I find an opening is presented in the valleys of Piedmont, when all other parts of Italy are closed against our efforts. I believe that the Lord has there hidden up a people amid the Alpine mountains, and it is the voice of the Spirit that I shall commence something of importance (Eliza R. Snow Smith, Biography and Family Record of Lorenzo Snow [Salt Lake City: Deseret News Co., 1884], p. 121).

Elder Snow officially organized the Church in Italy and dedicated the country for the preaching of the gospel while high on an Alpine mountaintop on September 19, 1850, renaming the location “Mount Brigham.” During subsequent years, the Book of Mormon was translated into Italian, some 220 converts were baptized, and the first mission in Italy was formed. Missionaries were sent to Malta, Nice, Genoa, and Turin, but by 1861, Church progression in Italy had ceased, missionary work came to a halt, and nearly all Italian members had emigrated to America. Despite the success in the Alps, the time was not right for the Church in Catholic Italy. The country did not receive official missionaries again for more than a century.

But the Italian people did not have to wait 100 years to once again hear the restored gospel: Church members serving in the US military during World War II brought the gospel with them. After gathering for a time in a chaplain’s tent, some Latter-day Saint servicemen made plans to build their own little meetinghouse with the help of local stonemasons.

The building’s labor and materials were largely financed by military-issued rations. Every week, all military members were given cigarettes and beer. These popular American items had great buying power and were traded by Church members for labor, brick, mortar, and even a Mediterranean tile roof for their little chapel.

A Renaissance of the Gospel

The Church began its own Italian renaissance in 1964 when a revised edition of the Italian Book of Mormon was published. Only a year later, in 1965, missionary work was formally reintroduced to the country, and membership grew exponentially. In 1993, the Church achieved formal legal recognition in Italy, which allowed the Church to build chapels, purchase properties, and provide services for its members. However, this legislation characterized the Church as a charitable organization, and local leaders were limited in their authority, such as not having permission to perform civil marriages.

“Members participated in many fasts and prayed often for the state to have their eyes opened and recognize the Church for what it really is,” says returned missionary Brad Zentgraf, who served in the Italy Milan Mission.

Finally, the members’ pleadings were answered. On July 30, 2012, after years of petitioning, Italy granted the Church the highest legal status given to religious organizations. Italian President Giorgio Napolitano signed the Intesa con lo Stato, a legal document that gave the Church greater freedom to do more good, both as a church and as a social institution. “Gaining recognition as a religion was a huge step forward for the Church,” Zentgraf says.

Courtesy of Kathleen and Thomas Kelly

A Passion for the Family and Gospel

If there is one word that characterizes Italian Saints, it would be passion. These members are passionate about their food, passionate about their families, and passionate about the gospel of Jesus Christ. “They bear strong testimonies, pray with all their hearts, and help each other. Often, they mingle after meetings and share a meal together right at the church,” says Sister Kathleen Kelly, who served with her husband, President Thomas Kelly, in the Rome Italy Mission from 2010 to 2013.

“Most Italians are friendly, warm, and willing to help someone in need,” President Kelly says. “Many Italians feel that if you have a problem, it is their problem, too.”

For Italian members, la famiglia is the glue that holds them together. Generations are woven together by loving words, homecooked meals, and faithful testimonies. “Often, the grandparents live with their children and grandchildren,” Sister Kelly says. “Italians are very family-oriented and are so proud of their family members. The grandparents are an important part of the family, and they are loved and revered.”

A Commitment to the Lord

That famiglia Italiana will become much larger and even more tightly knit as Latter-day Saints in Italy begin to take family names to their new temple in Rome. But like so many other great blessings for Italian members, this one didn’t come easily—or without great faith.

When the Church bought a large property in 1999, many members hoped and prayed that one day a temple would stand there. But for years the vast 15-acre farm property featured stables for animals, fruit trees, a grape vineyard, and some olive trees that yielded first-rate olive oil. Although many members and Church leaders hoped a temple would someday be located on this property, all were careful to refer to it as “Church land” and not as the “temple site.”

President Craig Pacini, a former president of the Italy Rome Mission who served from 1999 to 2002, made the property’s olive grove a part of every missionary’s orientation soon after they arrived. “While among the olive trees,” Pacini says, “we would discuss Jacob 5 and then Gethsemane. Each missionary was then given time by themselves to contemplate their missions in prayer and commit themselves to the Lord.”

This commitment to the Lord also resides in the hearts of many Italian members who sacrificed for years to go to the closest temple in Bern, Switzerland. “Many of the branches and wards in Italy reserve buses and use their vacations to travel there,” Sister Kelly says. “For example, if you live in western Sicily, it can take 24 hours to travel to the temple on the bus.”

“These great distances presented such a sacrifice, and yet members still went to the temple!” Zentgraf says. “I was amazed at their faith and dedication.”

A Temple for the Saints 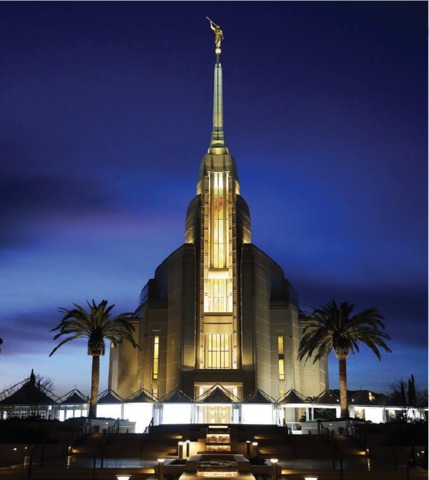 For members in Italy, October 4, 2008, was something akin to winning the World Cup with a last-minute goal. On that day, President Thomas S. Monson announced that a temple would finally be built in Rome. In true Italian fashion, members expressed their happiness with passion: “There was a big shout from all the people,” says Sami Cantafio, a convert from Rome. “It was thrilling.”

Miracle after miracle led to this historic milestone as the Church overcame obstacles to build a temple in Rome. For example, in Italy, legal guidelines require a property to be examined for ancient ruins before any new construction is permitted. Fearing that an archeological discovery would postpone temple construction, Church members in Rome held a special fast on the day the property was inspected. Although a small well was found in the corner of the land, it was deemed to be not significant enough to impede construction. Considering that an old Roman village was discovered just 100 yards beyond the property line, the fact that no other archeological findings were located was miraculous.

Located in the visitors’ center of the new temple are replicas of Bertel Thorvaldsen’s statues Christus and the Twelve Apostles. Although Thorvaldsen was a Danish sculptor of international fame, he spent most of his life in Italy. He created the original masterpieces in his own workshop in Rome. The source of marble for each replica statue was the Cave Michelangelo. This was the same quarry in Carrara, Italy, where Thorvaldsen found marble for his original sculptures, and using it paid homage to the importance of both Christianity and creativity in Italy. Also in the visitors’ center is a stunning five-panel stained glass mural portraying every parable the Savior taught.

During the temple’s groundbreaking in 2010, a robust choir sang “The Spirit of God,” and President Thomas S. Monson gave an inspiring dedicatory prayer. In that prayer, President Monson quoted the famous essayist John Ruskin, who wrote:

Wherefore, when we build let us think that we build forever. Let it not be for present delight, nor for present use alone. Let it be such work as our descendants will thank us for, and let us think, as we lay stone on stone, that a time is to come when those stones will be held sacred because our hands have touched them; and that men will say, as they look upon the labour and wrought substance of them: “See! This our fathers did for us.”

According to the missionaries serving in Italy, the Rome Italy Temple is attracting plenty of attention. “The Italians are very curious people, so they want to know what this building is,” Sister Sadie Decker of McKinney, Texas, told Church News in December 2018. “It’s a really easy way for us to talk to people because they’re curious and they want to at least come and see it,” she said. “And they’re very family oriented, so when we tell them about eternal families and how inside a temple we can become an eternal family, that really piques their interest.”

As the Saints in Italy enjoy the blessings of a new temple and people throughout the country open their hearts and minds to the concepts of covenants, ordinances, and eternal families, there is no doubt that generations will be forever grateful for this stunning temple in the heart of ancient Christianity. And Church members across the globe join in celebrating the restoration of the gospel in la Città Eterna!