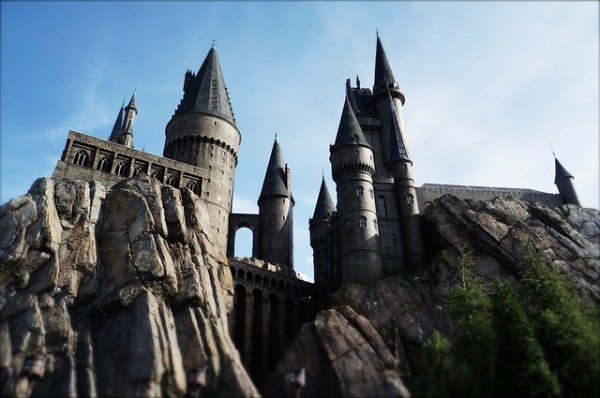 The magical world of Harry Potter has captured the imaginations of millions of people worldwide, and members of The Church of Jesus Christ of Latter-day Saints are no exceptions. The Twitter hashtag #MormonHarryPotter emerged a couple years ago, and one of UtahValley360.com’s most popular articles is “Who Said It: Dieter or Dumbledore?”

For all you Mormon Potter fans out there, we’ve taken it upon ourselves to answer yet another pressing question: Which Hogwarts house would Book of Mormon characters be sorted into? With help from the Sorting Hat’s song in “Harry Potter and the Sorcerer’s Stone” and the LDS Guide to the Scriptures, we’ve come up with a few ideas.

You might belong in Gryffindor,
Where dwell the brave at heart,
Their daring, nerve, and chivalry
Set Gryffindors apart;

Fast Facts: Captain Moroni was a righteous Nephite military leader who inspired soldiers to fight for “our God, our religion, and freedom, and our peace, our wives, and our children” (Alma 46:12). He later became angry with the government for their perceived indifference to the plight of the military. Read about him in Alma 43–62.

Gryffindor because of: His bravery in military affairs; his daring and nerve in condemning the government leaders; his chivalry as he fought for Nephite women and children.

Fast Facts: A great Nephite military leader who served under Captain Moroni. He was a confident leader with a passionate hatred of evil. He liked to take matters into his own hands. Read about him in Alma 50-52; 61-62.

Gryffindor because of: His bravery in battle; his daring and nerve in singlehandedly killing both Morianton and Amalickiah — who was, as discussed below, a quintessential Slytherin.