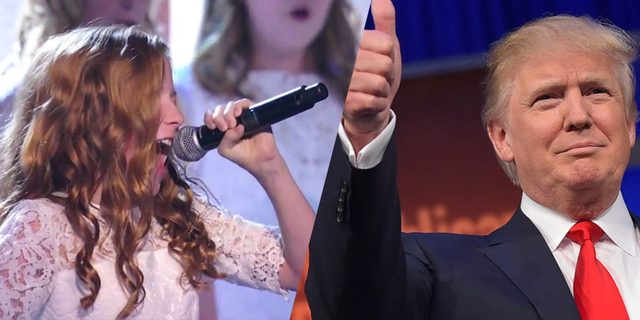 A recent news release from the Presidential Inaugural Committee announced that another LDS artist will be joining The Piano Guys and the Mormon Tabernacle Choir at the inauguration.

In the post, she writes, "All I can say is this is going to be an epic trip!"

All I can say is this is going to be an EPIC trip! 😆

On Facebook, Walker shared a video of her singing "America the Beautiful" with the message, "With the Inauguration coming up, here's a reminder of some of the things that make our country so awesome!"

The LDS YouTube sensation made it big with her performance of "Let It Go" with Alex Boye that received over 84 million views. Since then, Walker has continued to create YouTube videos with millions of views and perform all over the world, including Carnegie Hall, Radio City Music Hall, and the Beijing International Film Festival.