Filmed in Libby Gardner Hall, this touching video about the Savior features lyrics written by Elder Bednar and music composed by Paul Cardall along with the vocals of guest tenor Nathan Pacheco, not to mention the Lyceum Philharmonic and two choirs.

In 2014, shortly after Paul Cardall performed at the missionary department’s Fall social, Elder David A. Bednar pulled the pianist aside, asking if Cardall wanted to join him for a new project.

“He pulled me aside and mentioned he had a song in him but he didn't know how to get it out and would I be interested in helping him,” Cardall shares. “He said, ‘You have to understand, I am one of the least musically inclined persons on earth.’ He was very humble and excited about the concept that had been in his heart for some years.”

For some time, Elder Bednar had been intrigued by the phrase "one by one,” which is repeated frequently throughout the scriptures. 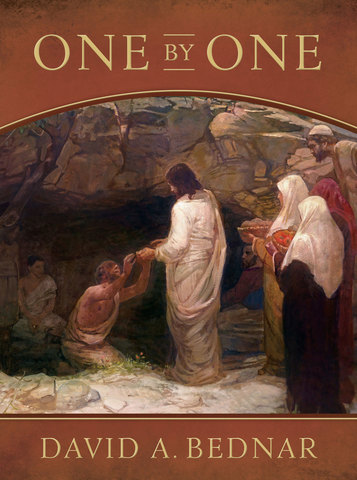 Read the compelling new book Elder Bednar wrote about this principle, One by One.

That night was the genesis of a new song, one that focuses on the Savior’s ministry—and the ministry of His chosen apostles and missionaries—to each person individually.

“’The Lord rescues each of us, one by one. His apostles look for opportunities to teach and serve, one by one,’ he taught me,” Cardall recalls. “In a way, he was mentoring me in a one by one experience.”

For Cardall, the chance to work with an apostle of God has been “an ongoing, life-changing, sacred experience. Without sounding awkward or disrespectful, I have to tell you, Elder Bednar is really cool. He is so down to earth and gets it. He knows what is going on.”

The first performance of the piece was something close to Cardall’s heart.

“My wife and I had the privilege of hearing it performed for the first time after Elder Bednar spoke to a global audience of missionaries in the various training centers throughout world,” he shares. “His grand-daughters began the piece and it was followed by 800 missionaries singing with power and conviction. It was a moment that you can never repeat. It was as though the Lord perfected the piece of music in that moment in a way we could never have done alone.”

“I [always] strive to create something that will provide an atmosphere where the Spirit can teach, uplift, inspire, and love individuals,” Cardall shares. “This has been my goal with A New Creation . . . I wanted to make an album that indirectly teaches the plan of salvation. My goal has been to share my feelings about the Savior and how He has changed me, rescued me, fixed my own brokenness, restored me, and made me ‘a new creation.’” 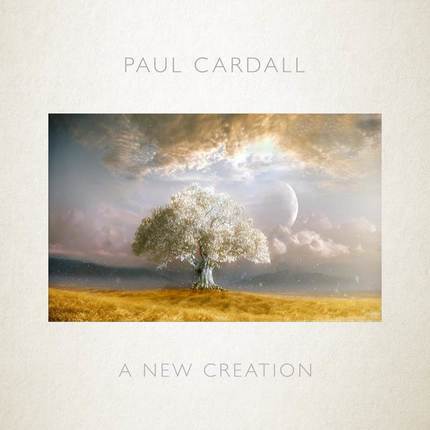 Learn more about Paul Cardall's newest CD or order it online at deseretbook.com.