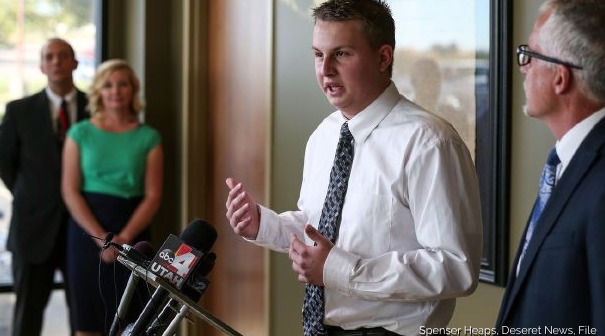 Last year, Subway held a fundraiser for an LDS teen wrongfully accused of drugging a police officer to help him raise money for his mission, which was delayed as a result of the charges. "It was somewhat depressing to be really close. I was like 15 days away at that point," Tanis Ukena said. "I was all packed and stuff. I was all ready to go." While Tanis Ukena is back on track to enter the MTC, he recently received a settlement one year after he was wrongfully accused of drugging a police officer's lemonade.

A Utah city has paid $50,000 to settle with a Subway worker who was wrongly accused of drugging a police officer's drink in a case that made national headlines, its attorney said Thursday.

The out-of-court settlement came after police in Layton, Utah, cleared the then 18-year-old worker who was arrested when a police officer reported feeling impaired shortly after taking a sip of the lemonade in August 2016.