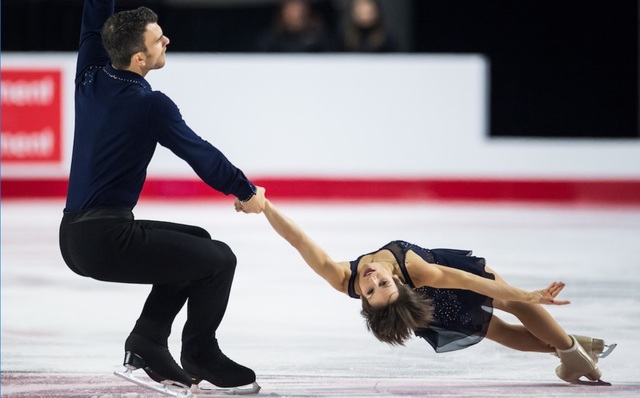 Although award-winning LDS singer April Meservy has always loved U2's "With or Without You," she never planned to make her own recording of it. Now, the spontaneous recording, which Meservy sang after a hard breakup, is the song Meagan Duhamel and Eric Radford will be ice skating to in the 2018 Winter Olympics in South Korea this month.

This is the first year in Olympic history that figure skaters will be allowed to perform to music with lyrics, and Meservy's voice will be one of those heard in Pyeongchang this year. The two-time world championship figure skating pair, Duhamel and Radford, have been using her song all season in their short program.

Duhamel wrote about their decision to skate to Meservy's cover on her blog:

"Since 2011/2012 Eric has suggested that we skate to the instrumental version of “With or Without You,” but that season we opted for “Coldplay” and we found that “With or Without You” was too similar, so we just set it aside. Once again this spring, Eric brought up the idea of skating to it. We love the piano, we feel like it sums up “us”, and we feel passionately connected to the music and emotion, so it seemed like a no brainer. Then Julie appeared, with an unheard of version by April Meservy. Her voice was raw, powerful and captivating, and Julie, Eric and I sat there in tears listening to it. There was no plan B after that. This was it. It had to be it." 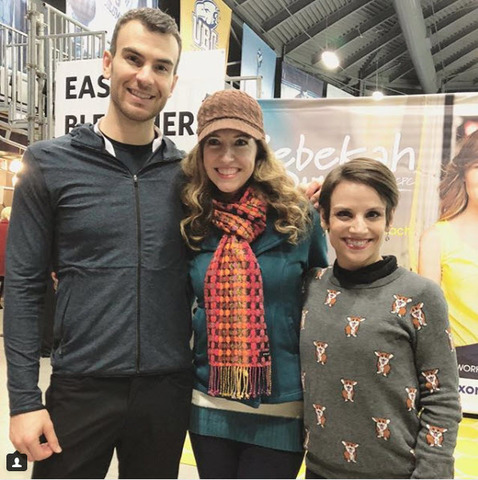 That "raw, powerful, and captivating" voice was the result of Meservy's personal agony at the end of a long-term relationship. Meservy said that on a morning following the breakup, she went to a friend's small home studio "buried in an ocean of sadness." After she explained her emotional state, concluding with the phrase, "It feels like I can't live with or without him," her friend "gave me an odd look, went to his keyboard, and began to play the familiar chords to the U2 song. He motioned for me to head to a makeshift-ISO-vocal-booth and sing," Meservy posted on her blog.

Meservy didn't feel like singing. She walked to the booth "feeling some weird mix of numbness and searing-hot pain. The kind that chocolate and Netflix can't even begin to fix." But she sang anyway. Now, she's glad she did.

Because of a surprise Christmas gift from an anonymous giver, Meservy was able to attend the 2018 Candian National Championships in Vancouver and watch Duhamel and Radford perform to her voice on the ice. They scored 81.78 points, jumping to a 12 point lead, according to CTV News. Their amazing performance secured their spot on Canada's 2018 Olympic team.

Meservy said in a press release, "I feel beyond honored that they decided to use my recording! It has been an emotional experience watching them skate to a song that is so meaningful to me."

Get more of April Meservy's Olympic voice in her debut album Somewhere Between Sunsets.

You may recognize April's voice from many EFY CD's, including the award-winning song, "(Shine) The Light." Her new debut album of originals is already being described as "musically transcendent," and "timeless." With unique and meaningful lyrics, refreshing sincerity, and exceptional production, the record covers a wide spectrum of sounds and experience. Contemporary and uplifting, this is one album that will stay on your playlist for a long time to come.