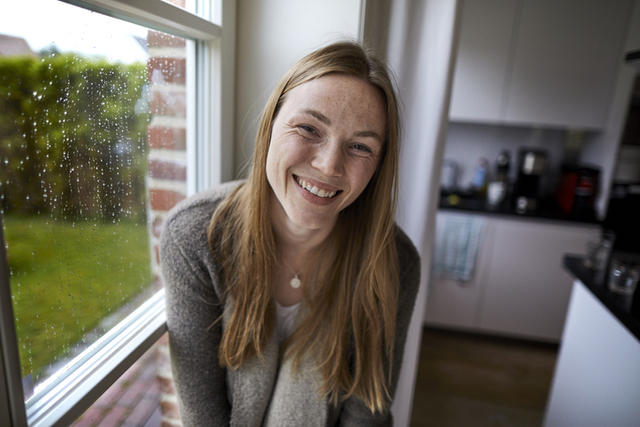 Latter-day Saint Psychologist: How to reach our potential for happiness

When I was about 13 years of age, a new family moved into our ward. They had a 12-year-old son. He and I had some things in common. He was the oldest in his family; I was the oldest in my family. He had an alpha male personality; I had an alpha male personality. But perhaps the thing we had most in common was a very strong dislike for one another. I don’t know why—we didn’t even know each other well enough to be enemies. Yet it was true that we did not get along at all.

However, our mothers got along extremely well. After moving into the ward, his mother became fast friends with mine and they determined that their sons being mortal enemies was unacceptable. Perhaps through a stroke of genius or even the whisperings of the Spirit, they hatched a plan. They gave us $20, dropped us off at a pizza parlor, and told us we needed to stay there until we became friends. I don’t know how, but through the combination of pepperoni, root beer, Ms. Pac-Man, and the sincere prayers of our mothers, we left the parlor as pals and continue to be great friends to this day. I had the joyful opportunity to see him a couple of years ago after a long separation. We laughed as we reminisced about our former rivalry and rejoiced in the fact that we had become responsible adults.

I’ve often thought about Alma and Ammon, who were described at one point as the “vilest of sinners” (Mosiah 28:4). After their conversion to the truth, their lives took different paths. Alma became involved in church and local government and Ammon served a mission among the Lamanites. Many years later, they unexpectedly crossed paths. Much like the meeting with my childhood friend but to a far greater extent, they were overjoyed to see each other again. “And it came to pass that as Ammon was going forth into the land, that he and his brethren met Alma, over in the place of which has been spoken; and behold, this was a joyful meeting. Now the joy of Ammon was so great even that he was full; yea, he was swallowed up in the joy of his God, even to the exhausting of his strength; and he fell again to the earth” (Alma 27:16–17). The scriptures go on to explain the cause of Ammon’s remarkable happiness: “Now was not this exceeding joy? Behold, this is joy which none receiveth save it be the truly penitent and humble seeker of happiness” (Alma 27:18).

Happiness is our celestial birthright. Joseph Smith taught, “Happiness is the object and design of our existence; and will be the end thereof, if we pursue the path that leads to it” (History of the Church, 5:134–35). All that our Father in Heaven does for us will ultimately lead to joy and satisfaction if we faithfully follow His commands. Satan, that great counterfeiter, has the opposite goal. ‘For he [Satan] seeketh that all men might be miserable like unto himself’ (2 Nephi 2:27). With our potential for happiness caught in the unending crossfire between the powers of good and evil, it is no wonder that joy and contentment can be elusive at times. Yet Mormon’s commentary regarding Ammon’s experience provides two key things we can do to increase the bliss that God wants for all of us.

Mormon said that Ammon’s “exceeding joy” is only obtained by those who are “truly penitent and humble” (Alma 27:18). What does that mean, and how does it relate to happiness? The truth is, there are eternal laws that govern happiness, just like everything else. When we follow these laws, we find joy. When we disobey these laws, we find misery. These laws are not negotiable, regardless of how society might try to modify them.

When I was an early morning seminary teacher, I showed my students a picture of a river that had a fence built on the bank. A sign on the fence read, “Dangerous current. Waterfall ahead. Do not enter river.” The bank was gently sloping and would have otherwise been a very nice place to access the river. But clearly some well-intended people had put up this warning to keep people safe from a dangerous stretch of water. I asked my students, “What would happen to the river’s current and the waterfall if we took the sign down?” They replied, “Nothing. They would remain the same.” I modified my question over and over. What if we removed the fence? What if we put up a very welcoming sign that said, “Lovely place to enter the river—enjoy your swim!” What would happen to the current and waterfall? Each time they answered, “Nothing would change, Brother Morgan! The current is still dangerous and the waterfall still deadly even though you change the sign.” They were completely correct.

We can absolutely find happiness in life, but it has to be done according to the Lord’s plan. It is impossible to find happiness in sinfulness, which is clearly explained in scripture (see Alma 41:10 and Helaman 13:38). Being penitent means that we recognize our sins, feel godly sorrow for them, and seek true repentance as we try to cleanse our characters and become more like our Savior. That’s the first step toward happiness. A second step involves humility, which means choosing God’s will and aligning our lives with Him. It means we stay out of dangerous rivers—we don’t take down the signs He has installed and replace them with our own or with those society has created, expecting the dangers to go away simply because we have changed the warnings. Humility is following Father’s commands even in the most difficult and trying of circumstances. This was manifest by our Savior’s perfect example in the midst of some of His greatest grief: “Father, if thou be willing, remove this cup from me: nevertheless not my will, but thine, be done” (Luke 22:42). Penitence and humility prepare us for the next step to achieve lasting joy.

Many years ago, I went to Disneyland with a large group of family and friends. I should tell you that I love Disneyland. Attending has been my lifelong tradition. For me, the park is filled with decades of memories. On that particular day, I had an amazing time. The sun was out, the park was bristling with energy, and I enjoyed visiting with friends and family while we waited to ride the various attractions. As we left that evening and walked to our cars, I remarked on how great the day had been. One of my friends countered that he didn’t feel it was that fun. When I asked why, he said, “It was hot, there were a lot of people, and the lines were too long.” His frustration didn’t detract from my experience, but it did cause me to think. We had been together in the park the entire day. We had been under the same sun, meandered through the same crowds, and stood in the same lines. My day was filled with excitement and joy while his experience was one of frustration and disappointment. That incident taught me a very important lesson. In almost every case, you will find what you are looking for.

Our world provides so much potential sensory input that we cannot take it all in. On top of that, we are now extraordinarily connected via the internet and social media so that we can scarcely go through a single day without the choice for choosing happiness or misery being presented many, many times. I have a friend who told his wife he was going to abandon social media because his news feed was always so discouraging and depressing. Before he took that step, however, his brilliant spouse employed a different tactic, took his phone, logged on to his Facebook account, and immediately “liked” and “followed” the pages for the members of the First Presidency, the Quorum of the Twelve, and other Church leaders. Her unspoken point was amazing: you’ll find what you are looking for.

Every day we’ll be presented with all sorts of information that can either contribute to or detract from our happiness. The challenge is that the bad always seems to attract more attention than the good. The casual observer is more likely to see more negative than positive, but the careful seeker will almost always be able to find more positive than negative. If you don’t believe me, put it to the test. At the end of each day, regardless of how your day went, make a list of five good things that happened. Depending on the day, you might have to look hard for them, but I believe most anyone can list at least five. Write them down. Then in your evening prayers, thank your Father in Heaven for each of those five things. Tell Him why you appreciated those events. Ask Him for the strength to use such positive moments to increase your own happiness. If you do this consistently for several weeks, you might be surprised at the large, joyful effect of such a small intervention.

Heavenly Father loves us. He created an entire plan that is designed for our happiness. He executes that plan with precision and thoughtfulness every day in each of our individual lives. Yet His efforts are only half of the equation. The other half is for us to do. We need to align our will with His, repent of our sins and misdeeds, and focus our attention on those things that will increase our joy and happiness. It is a choice and a journey, but one that surely leads to greater satisfaction and contentment.