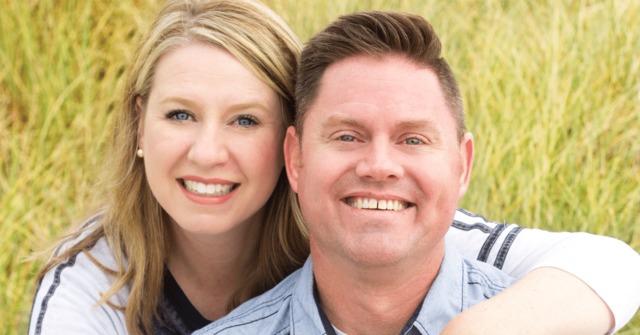 "I Was Outside Praying That They Would Excommunicate Me": Latter-day Saint Couple Shares Journey Through Sexual Addiction

Editor's note: This is one account of how a Latter-day Saint couple navigates sexual addiction and recovery. The road to recovery and healing from any form of addiction is different for each individual and their spouse. We do not advise that this is the way all couples should heal from sexual addiction. Please seek outside resources for healing including addictionrecovery.lds.org and LDS Family Services.

Chris Bennett had never been on a date with his future wife, Autumn Bennett, when he asked her to marry him. The two had been best friends for years, but until the night Chris told his bishop he wasn't going on a mission, they had never discussed marriage.

"We went to my cousin's baseball game and she was like, 'How'd it [the meeting with the bishop] go?' and I said, 'I'm not going to go on a mission.' And she said, 'So what do you want to do?' And I said, 'Well, do you want to get married?'" Chris says in a Leading Saints podcast.

While the proposal was a surprise, Autumn knew what her answer would be.

"I knew I was going to marry him a few months before," Autumn says on the podcast. "We were best friends and he was more like my brother, and I looked at him one day and I knew I loved him."

Autumn said yes, but neither of them knew the hardships they would face in the coming years.

"Obviously, back then, it wasn't as readily available as it is now," Chris remembers. "So after that, just on and off through the rest of my life." That included during Chris's and Autumn's marriage.

Eventually, after six and a half years of marriage, Chris says the pornography wasn't enough and he began having multiple affairs.

After meeting with their bishop, who had discovered Chris's infidelity, Chris confessed to Autumn about one of the affairs he had had over a 20-month period. It was Autumn's worst nightmare.

"My dad had actually had several affairs and that's why my parents were divorced. And so that was my biggest fear, was getting married to someone and having that happen to myself," Autumn says.

That was on a Wednesday night. On Sunday, a disciplinary counsel met for Chris. But during the disciplinary court, Chris did not disclose the other affairs he had had over the years.

Chris was disfellowshiped and began marriage counseling with Autumn. But he continued to have affairs with other women and began drinking. Then one day, Autumn kept calling him, leaving messages that he needed to come home. Then Chris's mother called him, telling him to call 911 because Autumn had threatened to kill herself.

Listen to the full podcast to hear the rest of Autumn's and Chris's journey through sexual addiction.

Mormon Life PornographyPornography,Mormon Life
Comments and feedback can be sent to feedback@ldsliving.com