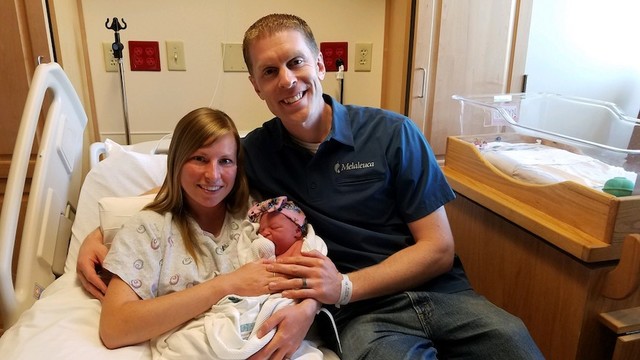 “So many things could have gone wrong and everything went right,” Lane Stevenson says about his baby girl's unexpected delivery. “We’re so grateful she arrived safe and sound. It’s still hard to believe she’s here but everything went the best it possibly could have for our little miracle baby.”

Angela and Lane Stevenson never planned to have a baby at home.

Their two other boys, now 5 and 2, were born at hospitals and the plan was to have their first daughter delivered the same way. But early Thursday morning, little Evelyn had her own idea.

“I was in our master bathroom and felt her coming out,” Angela says. “I yelled, ‘This is serious! This is the real deal!'”

Mormon Life Baby MiracleBaby,Miracle,Mormon Life
Comments and feedback can be sent to feedback@ldsliving.com