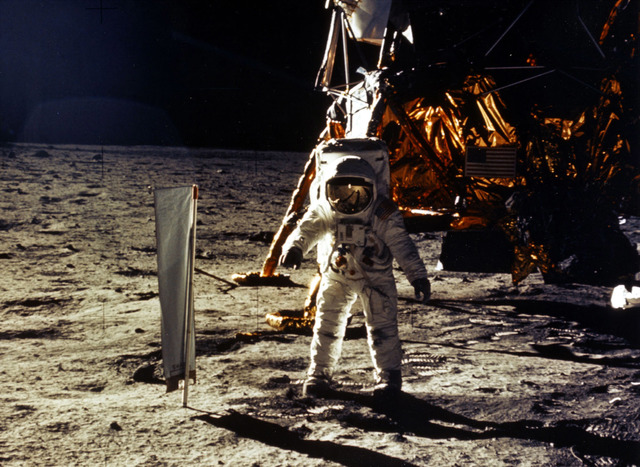 Fifty years ago, Neil Armstrong unveiled a plaque inscribed: "Here men from the planet Earth first set foot upon the Moon, July 1969, A.D. We came in peace for all mankind." Then, Armstrong stepped from the Apollo 11 lunar module, Eagle, and spoke 11 immortalized words: "That's one small step for man, one giant leap for mankind."

On July 20, 1969, space exploration reached new celestial heights as Armstrong and Buzz Aldrin took a stroll on the moon. In the moon's Sea of Tranquility, Aldrin placed a box on the moon's surface, a solar-powered seismometer that still rests there today.

The seismometer was designed by Latter-day Saint astronaut Don Lind, who played a vital role in that first moon landing and in space missions for decades to come. 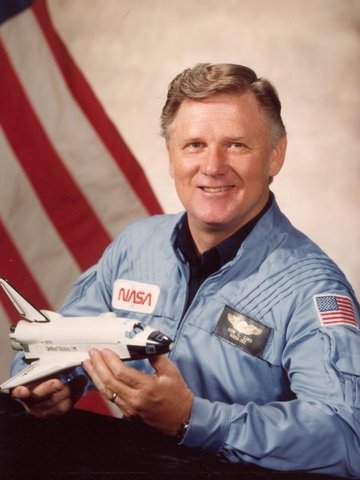 As a boy, Don Lind and his sisters climbed trees in his neighborhood in Midvale, Utah, shaking the branches and pretending they were in a spacecraft hurtling through the universe. At that time, space travel was a feat only dreamed up in comic books and science fiction. It wasn’t until over 20 years later that the first men ventured into the unknown and entered space in 1961. After hearing the news, Lind—then a Navy pilot and Ph.D. of high-energy nuclear physics—knew he had found his calling.

► You'll also like: Latter-day Saints Who Pioneered the Space Program

Lind was a researcher for NASA when the United States began recruiting astronauts for space missions. Lind's background as a pilot and scientist made him a natural fit for the program, and when Apollo 11 launched its daring mission, Lind, who was placed in charge of lunar surface operations, meticulously tracked the progress of the astronauts from NASA's Mission Control. In the event that any unforeseen complications arose while Armstrong and Aldrin first walked on the moon, Lind would guide them.

"I had worked out all the procedures and tested everything," Lind told The Salt Lake Tribune. "I was literally the expert."

Lind also helped design the two main experiments set up on that first moon landing—the seismometers built to detect moonquakes and a foil retroreflector—both of which answered mysteries about the moon. The metal foil reflector unfurled on the moon allowed NASA to use lasers to measure the distance between the surface of the Earth and moon.

About the seismometer, which revealed that the moon is a solid mass without a molten interior, Lind told The Salt Lake Tribune, "As soon as it unfolded and the sunlight hit the solar panels, it started registering and transmitting signals. It recorded [Aldrin's] walking away, climbing the ladder of the lunar module, and the click of the door as it shut. It worked beautifully!"

And the seismometer could still be transmitting from the Sea of Tranquility today: "It is probably still transmitting," Lind told The Salt Lake Tribune. "I don't think anybody is listening anymore."

Lind’s own spaceflight came 16 years later, in 1985, when he boarded the Challenger for an eight-day journey to study the Aurora Australis. 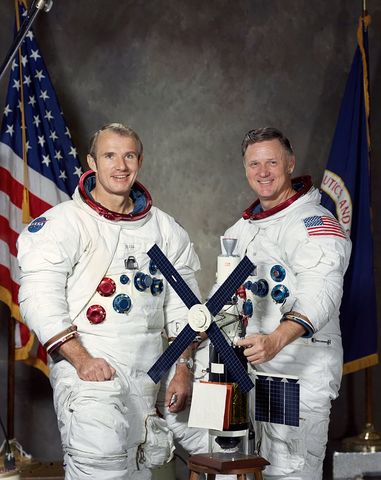 During this mission, Lind accomplished a historic first particularly meaningful for Latter-day Saints: he became the first man to take the sacrament in space.

While Aldrin had taken communion aboard the Eagle lunar lander and brought a piece of scripture with him on the moon's surface, Lind was the first Latter-day Saint in space and the first to partake of the sacrament. 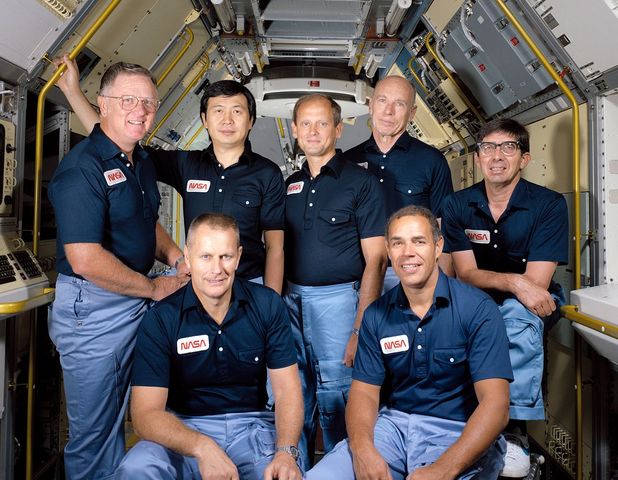 The crew of the STS-51-B mission. Lind is at the far left. Image from Wikimedia Commons.

During the 1985 October general conference, Lind shared how exploring the celestial helped bring him closer to heaven:

"Some of my personal feelings were very spiritual. . . . The first time I had a minute to stop and just look at the earth, the absolute beauty of the scene brought tears to my eyes. . . . Now, try to imagine what it was like for me to have that scene in front of me and then have the fragments of half a dozen scriptures pop into my mind. “The heavens declare the glory of God” (Ps. 19:1). If you have seen the heavens, you have “seen God moving in his majesty and power” (D&C 88:47). I am sure you can imagine the closeness I felt to my Father in Heaven as I looked down at one of His beautiful creations. I was really stirred by an increased awareness of what He did for us as the Creator of our earth. That was one of the most moving experiences of my life.

"Another experience that is very close to me was to have the sacrament in orbit. We were in space for a full week, so of course, we were up there on a Sunday. Our bishop had given me permission to hold my own sacrament service. It was a little unusual. You priests in the audience might consider what it would be like to try to kneel down in weightlessness—you keep drifting off. For privacy I held my sacrament service in my sleep station—something like a Pullman berth. I kneeled on what you would think of as the ceiling and braced my shoulders against my sleeping bag so I would not float away. It was a very special experience. I will remember that sacrament service and the renewing of my baptismal covenants high above the earth all my life. It had some of that special feeling that you usually have only when you go to the temple."

Lead image of the deployment of scientific experiments by Astronaut Edwin Aldrin Jr. (Buzz). Man's first landing on the Moon occurred July 20, 1969, as Lunar Module Eagle touched down gently on the Sea of Tranquility on the east side of the Moon. (Photo by NASA/Getty Images). All other images from Wikimedia Commons.