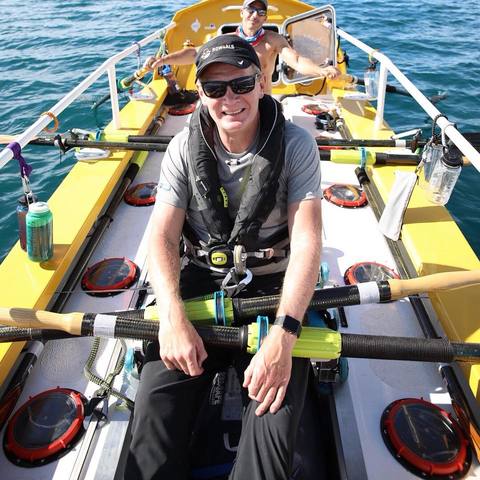 This article is the second in a series about Alan Alderman. To read more about how Alderman found hope after his diagnosis and his plans to row across the Atlantic to raise money for ALS research, check out this article.

In late September 2001—while the United States plunged into war after a succession of terrorist attacks left its citizens uncertain about the future—Alan Alderman received a diagnosis that plunged his personal world into similar confusion and uncertainty. This 40-year-old father of three sat across from his doctor, trying to fathom the doctor's prognosis: Alderman had only two to five years left to live—years during which he would gradually lose his ability to walk, speak, swallow, and eventually breathe. Alderman had been diagnosed with ALS.

For weeks, Alderman wrestled with the diagnosis, his faith, and his Heavenly Father. “I was angry. I was discouraged. I felt hopeless. I felt helpless,” Alderman says. “For months after my diagnosis, I remember pleading with my Father in Heaven, ‘Don't let this be ALS.'"

Alderman now recognizes this struggle as an experience shared by humanity—the pleading and seeking to know why, the shrinking from the road ahead. “Even our Savior—the only perfect being who has ever walked the earth, the literal Son of our Father in Heaven—even He was overwhelmed with the physical and emotional challenges. What did He say in Gethsemane? ‘Father remove this cup. Nevertheless, thy will be done,’” Alderman says. “I am not comparing myself to my Savior in any stretch of the imagination, but I have said those words plenty of times over the years.” 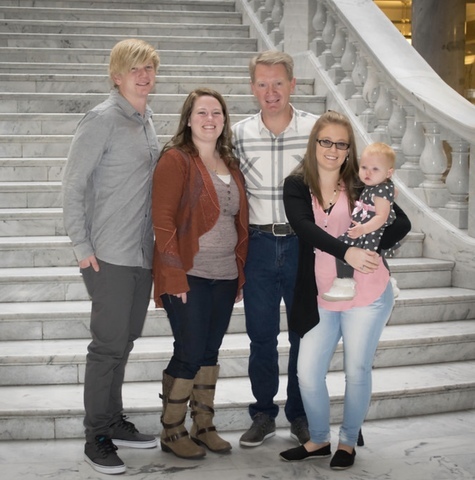 And through his pleading, praying, and faith, Alderman has come to know that the Lord can bring light and hope even into our darkest challenges: “I was in a dark spot for a while. But then I decided, ‘Alan, it is what it is and you have a choice to make. ALS will probably take your life, but whether or not it destroys your life is up to you.’ I decided it would not destroy my life.”

Alderman’s doctor’s prognosis was wrong. Seventeen years later, Alderman is still living a life filled with challenges, the grace of God, and beauty that he could have never imagined before.

“I have this very rare form of ALS, and it is slow-progressing,” Alderman says. “No one in the medical or scientific field can tell you why I am alive right now. But to me, the only reason is that my Father in Heaven still needs me here and there is still some work for me to do.”

“Every day is a gift, and the sooner that we realize that, the better off we will be,” Alderman says. “If everyone in this world lived their life like they had a terminal illness, then this world would be a lot better place. The reality is, we all have a terminal illness, and that terminal illness is called life. We are all going to die, but for most people it is so far down the line, it is something that we don't often think about. For anyone living with any kind of a terminal illness, it is right here, right in front of your face, and you live with it every day. And so when you live with that every day, I think that you realize what is most important in life and you put more emphasis on that.”

Before being diagnosed with ALS, Alderman had three pillars that sustained him: faith, family, and friends. Now, he has added a fourth “f” to his list: Finding a cure for ALS.

In all his fundraising efforts—which include everything from golf tournaments, speaking engagements, and rowing across an ocean—Alderman has raised over $1 million. In his day-to-day life, Alderman mentors those who are recently diagnosed with ALS, shares his faith fearlessly, and finds ways he can uplift those around him. 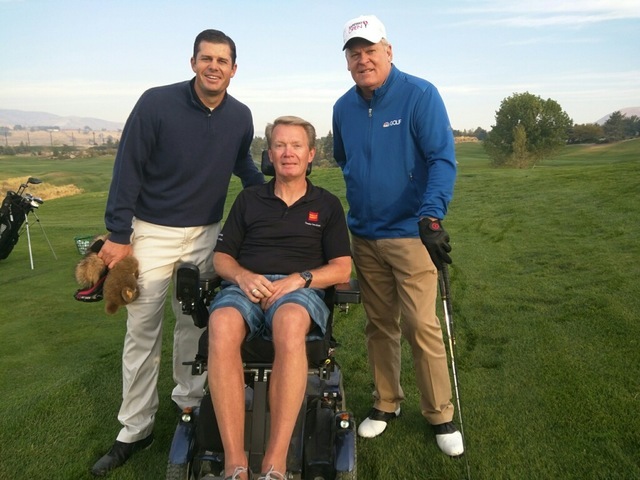 To the families he mentors, Alderman tells them, “ALS is not the end, there are many wonderful experiences in store for them if they will just choose to see them. . . . There is a saying that if you are wrapped up in yourself then you make a small present, but if you are wrapped up in others you are a large gift. . . . Life is about the experiences. Life is about the people that are in your life. There's more to life than just living—it's living well, it's helping others, leaving your mark in a positive way whether that mark is just a pin dot on a piece of paper or as big as the whole world.”

Alderman understands his upcoming race as a parable of what it means to live a gospel-centered life. “If we are training physically and mentally for this race, then when I get out on the water, I'll be able to better handle the stress and emotional side of it. Same thing with our lives. If we are living the gospel, obeying the commandments, doing all that we can to prepare physically and mentally for the meeting with our Savior and our Father in Heaven, then we won't have to worry about it emotionally as much.”

But Alderman understands poignantly that living the gospel doesn’t mean we won’t experience mental, physical, and emotional pain. “Even having the most solid testimony of the gospel does not alleviate the physical pain, does not alleviate the emotional pain of life. But it will help us understand it, and it will help you have the ability to better navigate those things,” he says. “None of us are immune, all of us have challenges, and all of us will have different ones.”

In 2009, eight years after being diagnosed with ALS, Alderman experienced a family change that made ALS seem like “a walk in the park compared to the heartache that I felt then,” Alderman says.

At moments, Alderman wished his ALS had progressed at a normal pace—that way he would not need to be alive to experience this new suffering and heartbreak.

“I spent a year and a half in therapy. I spent countless hours on my knees,” he says. Anger and bitterness came back into his life. But then he shares, “After months of pouring my heart out to my Father in Heaven, finally some peace came.” Alderman described a night when he was on his knees sobbing and pleading to God, and he received a call from his daughter, whose room was directly beneath his. 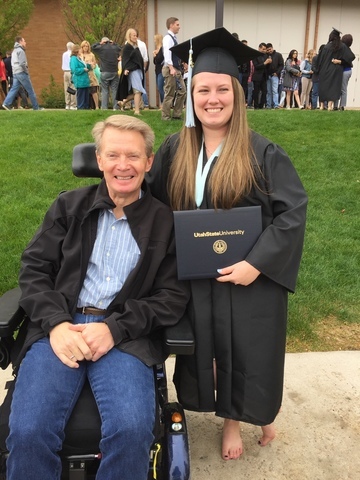 “I said, ‘I am good. My Father in Heaven and I are just having a little bit of a heart-to-heart,” Alderman remembers. “Thanks for worrying about me. I love you. Goodnight.”

It was moments like these that sustained Alderman. At first the peace he felt came in fitful bursts or at unpredictable moments. But gradually, the peace lengthened until it began to fill his whole life.

“I don't know if you have ever had one [of those heart-to-hearts with God],” Alderman says. “One part of me says I hope not and then the other part of me says they are so good that I hope that you have, but when you are on your knees, pouring out your heart, sobbing to a loving Father in Heaven, and after you are there for a while, the peace and calm comes.”

He continues, “One day, with all that I was doing to try to heal, the Atonement took over and that peace and that calm stayed. For me, that experience showed the power and the magnificence and the all-encompassing [love] of the Atonement of our Savior.” It was in those moments Alderman understood how the Atonement covers all pain, trials, and sorrows in addition to our sins.

“I learned then that the Atonement is a wonderful and almost incomprehensible thing for us as humans to understand,” he says. “[My faith] has been a journey. . . . Like any other person, our relationship with our Father in Heaven is hopefully getting better and stronger, but I think that as human beings we kind of ebb and flow. We have peaks and valleys in everything in life, even in our relationship with our Father in Heaven, and I am hoping and I believe that as we have one peak and then we go down into the next valley, that valley is not as low as the valley before it. Then we summit the next peak and it is a little bit higher than the one before. Then we continue until we finally reach and return to live with our Father in Heaven.”

Looking forward to the journeys that await him, Alan Alderman can honestly say, “I don't fear death, and I think that is because of the gospel and because of the testimony and the faith that I have. But until that happens, I am going to live. I am going to row across an ocean. I am going to have experiences with my Father in Heaven and my fellow humans, and that's what makes a life. It's not how long you live, but how you live.”