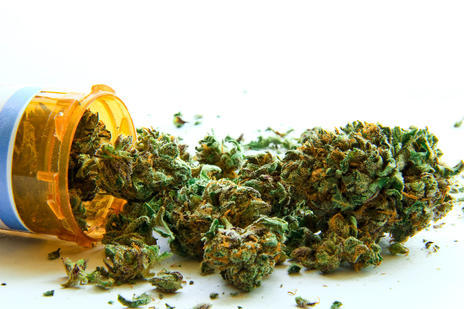 If it were up to voters, medical marijuana would be a thing in Utah, at least according to the latest poll.

Utah Policy surveyed voters and found that 66 percent of those polled favor legalization of marijuana "as long as it is prescribed by a licensed doctor."

Conversely, 28 percent of Utahns polled either strongly oppose or somewhat oppose legalizing marijuana, and 5 percent don't know where they stand.

The data shows support among 55 percent of Republican and 90 percent of Democratic voters, as well as from independents, where 76 percent are in favor of legalizing the plant for medical use.

And 55 percent of the voters who are self-declared "very active" in The Church of Jesus Christ of Latter-day Saints say they would support legalizing marijuana for medical use. Forty percent of LDS voters polled are opposed, according to Utah Policy.

The LDS Church urged a cautious approach to the issue, particularly when it comes to access, distribution, control and the potential harm of the hallucinogenic compound that is found in marijuana. In a statement, it raised no objection to the use of marijuana extracts to help people who are suffering as long as it is regulated.