On November 10, 1997, Erlend Peterson, then the dean of admissions and records at BYU, waited nervously in the university parking lot for His Excellency Tom Vraalsen, Ambassador of Norway, to arrive. Peterson's nerves did not stem from the distinguished nature of his guest. Peterson had hosted many notable Norwegians who presented at BYU. Peterson worried that the lecture, which had been organized on short notice, would not attract a big audience. 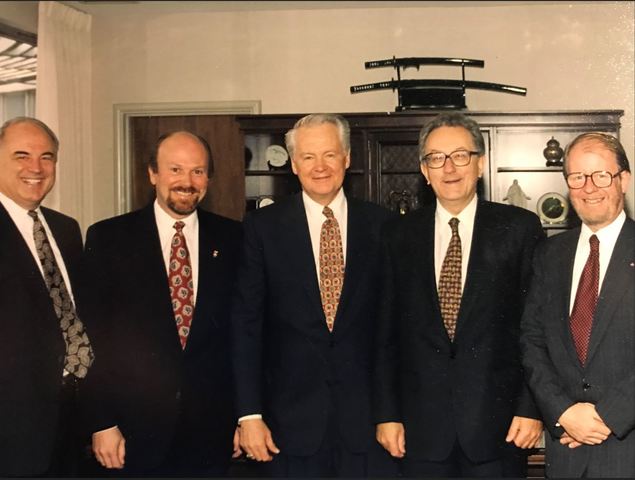 When Peterson and Ambassador Vraalsen walked into the Kennedy Center later that day, Peterson was surprised and delighted to see people packed into the room and lining the hallways. But that was far from Peterson's last or biggest surprise of the day.

"I was surprised to see my wife and children and many of our friends [in attendance]," Peterson recalls. "My thought was that Colleen knew how concerned I was about having a good audience that she decided to come, bring our kids, and invite some of our friends." 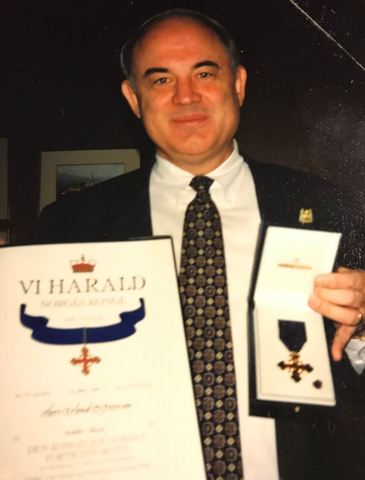 It was then Ambassador Vraalsen invited Peterson on the stand and presented him with the Royal Norwegian Order of Merit, Knight First Class. "I could not have been more surprised about being knighted," Peterson says. "I was shocked. I couldn’t believe what was happening." Speechless, and concerned about how much time this recognition had taken from Ambassador Vraalsen's lecture time, Peterson started back to his seat.

"Don't you want to say something?" Peterson remembers Ambassador Vraalsen asking. Peterson continues, "I said, 'Yes, but I don’t want to take more time away from your lecture.' He told me to take all the time I wanted. Ambassador Vraalsen got what he wanted. He totally surprised me! When I told this story to His Majesty King Harald, he got quite a kick out of it."

Throughout his career at Brigham Young University, Peterson worked to bring international ambassadors as well as Norwegian diplomats, leaders, scholars, artists, and musicians like Sissel to present at BYU. While hosting many of these renowned guests, Peterson would also arrange for them to meet with Church leaders and Utah politicians. 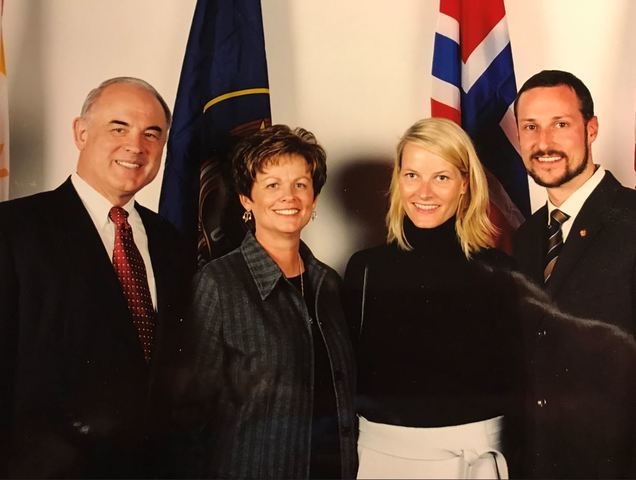 Peterson says, "There is a strong relationship between my faith and my work. While I am showcasing Norway to all I can, I am also showcasing BYU, the Church, and the state to Norwegian VIPs." 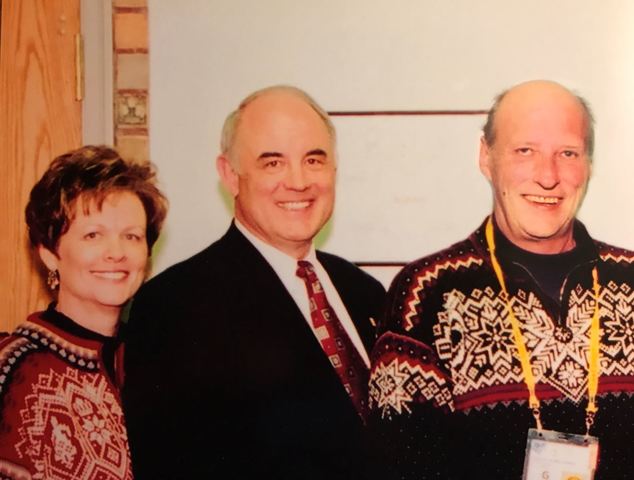 Erlend and Colleen Peterson with His Majesty King Harald at the Salt Lake City Winter Olympics in 2002. Image courtesy of Erlend Peterson.

Peterson was able to meet with King Harald after receiving his knighthood on May 31, 1999. After following all the proper protocol, Peterson helped break the tension of that meeting by telling the humorous story of his surprise knighting. "It loosened our conversation, and it became very comfortable," Peterson recalls. After all, it's not every day you get to make a king laugh.