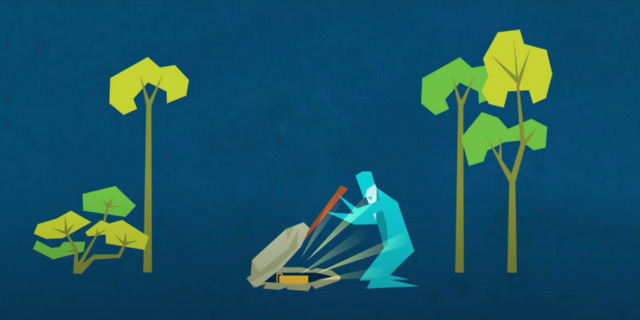 For Latter-day Saints, the Gold Plates are immediately associated with the translation of the Book of Mormon, but when someone asks, “What are the Gold Plates?” or “What is the significance of this ancient record?” how do you respond?

A new video released by The Church of Jesus Christ of Latter-day Saints clarifies questions surrounding the Gold Plates for members and non-members alike. The video also explains the origin and purpose behind the Gold Plates and their importance to members of the Church.

The video intends to answer three questions: “What are the Gold Plates?” “What were they like?”and “Why do we talk about them?”

What are the Gold Plates?

The Book of Mormon tells of an ancient civilization in the Americas before and during the reign of Christ.

The Gold Plates were very similar to other ancient metal records that have been discovered by archaeologists in recent years. Several people that had the opportunity to see and hold the Gold Plates described what they saw and felt.

The video notes that according to these witnesses, the plates were somewhere between 40 and 60 pounds. The individual plates were as fine as parchment paper and slightly flexible. A part of the record was bound and therefore could not be translated.

The plates’ inscriptions were written in reformed Egyptian and the authors of these plates recorded their people’s history and teachings from God. The greatest event recorded in the Book of Mormon is the appearance of Christ in the Americas after His Resurrection.

Why do we talk about them?

The Gold Plates came to us by the power of God and written on these plates was another testament of Jesus Christ. Witnesses held and saw these plates and testified of their truth for the rest of their lives.

As explained in the video, the Book of Mormon is the keystone of our religion and by reading it we can draw closer to Jesus Christ.

The video concludes with this message, “We talk about the Gold Plates because their stories show us how much God loves us and how He wants us to know His truth.”