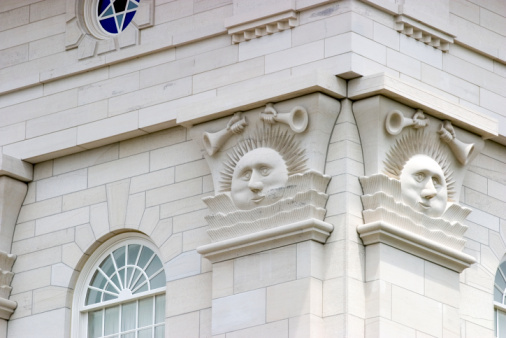 Polygamy is something many Latter-day Saints are asked about, but not something that a lot know the answer to.  Thanks to a few new LDS.org topic pages, "Plural Marriage in Kirtland and Nauvoo" and "The Manifesto and the End of Plural Marriage," some misconceptions are being cleared up.

The first article talks about the difficulty Joseph Smith, Emma, and others had accepting plural marriage and points out that there isn't a lot of information about it:

"Many details about the early practice of plural marriage are unknown. Plural marriage was introduced among the early Saints incrementally, and participants were asked to keep their actions confidential. They did not discuss their experiences publicly or in writing until after the Latter-day Saints had moved to Utah and Church leaders had publicly acknowledged the practice. The historical record of early plural marriage is therefore thin: few records of the time provide details, and later reminiscences are not always reliable. Some ambiguity will always accompany our knowledge about this issue. Like the participants, we 'see through a glass, darkly' and are asked to walk by faith."

The second article discusses difficulties leading up to the end of plural marriage in the Church, most of which revolved around legal difficulties with the United States Supreme Court, and Church members' torn feelings:

"For half a century, beginning in the early 1840s, Church members viewed plural marriage as a commandment from God, an imperative that helped 'raise up' a righteous posterity unto the Lord. Though not all Church members were expected to enter into plural marriage, those who did so believed they would be blessed for their participation. Between the 1850s and the 1880s, many Latter-day Saints lived in plural families as husbands, wives, or children.

In many parts of the world, polygamy was socially acceptable and legally permissible. But in the United States, most people thought that the practice was morally wrong. These objections led to legislative efforts to end polygamy. Beginning in 1862, the U.S. government passed a series of laws designed to force Latter-day Saints to relinquish plural marriage."

Eventually, however, opposition became too great and all legal options were exhausted.

"On September 25, 1890, President Woodruff wrote in his journal that he was 'under the necessity of acting for the Temporal Salvation of the Church.' He stated, 'After Praying to the Lord & feeling inspired by his spirit I have issued … [a] Proclamation.'This proclamation, now published in the Doctrine and Covenants as Official Declaration 1, was released to the public on September 25 and became known as the Manifesto."

The second document reports that plural marriage remained a touchy subject for many, even after the Manifesto, so much so that a second Manifesto was required years later to clarify that God and the Church no longer accepted or approved plural marriage.

Both new LDS.org pages are clear that "Marriage between one man and one woman is God’s standard for marriage, unless He declares otherwise, which He did through His prophet, Joseph Smith," but that "Church members no longer practice plural marriage."

Read the full articles on LDS.org: