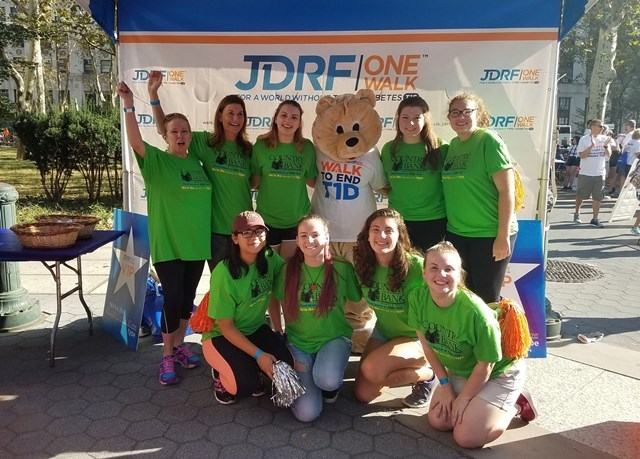 While we as members of the Church are familiar with the yellow Mormon Helping Hands vests, we also recognize that Mormons are not the only group of people working to make the world a better place. In fact, a brighter world is born in reaching across boundaries and working with those of other beliefs and backgrounds to champion the greater good.

► You'll also like: “We Will Never Forget the Charity of the Mormons”: One Man’s Emotional Response to Missionaries After Hurricane Harvey

One of those making the world a better place is Laura Saggese, co-founder of the nonprofit Wrap for a Cause, which raises funds and awareness for other charities and nonprofits through corporate sponsorship. Saggese has dedicated around 30 years to serving on various boards, using her marketing background to benefit numerous charities and nonprofits, including the Arc of Westchester, the Vera and Walter Scherr and Family Foundation, and the Center for Discovery.

Saggese is one of those people who have truly mastered the art of accomplishing good by collaborating with people from many cultures, and she recognizes the importance of acceptance.

“Living in the New York City-metro area, if you want to get things done, you have to be open to all sorts of ideas, religious and ethical philosophies, and cultures,” she says. “For me, interacting with people from backgrounds different than my own has always been rewarding in that I am exposed to new ways of approaching the world.” For Saggese, the importance of working with those who have different beliefs is “understanding and respecting differences and working towards establishing common goals that serve community needs.”

► You'll also like: Sister Oaks: How We Can Become One with Ourselves, God, and Others

Saggese’s latest venture is certainly one looking to serve the community. Wrap for a Cause partners with corporate sponsors, universities, and individuals to help provide advertising for small nonprofits and charities that otherwise wouldn’t have the budget capacity to advertise for themselves. Wrap for a Cause professionally applies wraps advertising different organizations to cars, buses, and shuttles—essentially turning them into driving billboards. This kind of exposure is invaluable for these organizations because it allows them the visibility they need to garner more donations and community support. And this is just Saggese’s most recent project. Her 30+ years in nonprofit work is a testament to her dedication to serving people from all backgrounds. 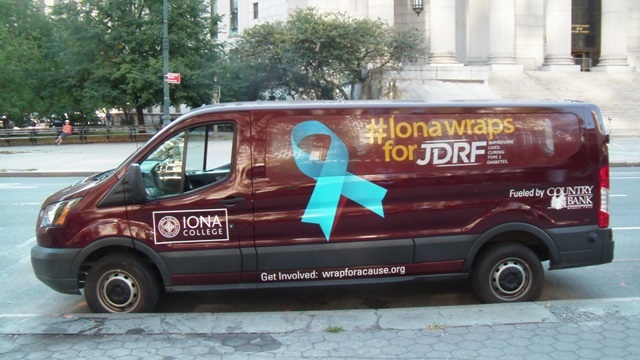 “At the end of the day,” Saggese says, “we are all human. We all have the same needs and desires to be valued, respected, and loved. Taking the time to find our similarities and building a foundation of trust around a common goal will go a long way.” Saggese admires this same philosophy within the Church of Jesus Christ of Latter-day Saints. She shares, “I always appreciate religious institutions who are anchors of hope in their communities or who are working with individuals whose own religious or ethical persuasion leads them to understand that life isn’t about centering on the self but about reaching out to others.”

Like the Church, Saggese looks for ways to reach out to others, from helping the visually impaired and wheelchair-bound to supporting individuals with developmental disabilities. Though she hasn’t worked directly with the LDS Church, Saggese has seen the work it and its members have done. She says, “I am so impressed with the global nature of the causes and degree of commitment from the members [of the LDS Church] to contribute financially and encouraging volunteerism for all races and nationalities and religions.”

The Church has indeed spread its fingers into many projects—something Saggese appreciates and admires. Some of the Church’s and Saggese’s causes even coincide. For instance, Wrap for a Cause has partnered with an organization called Team Sea to See, a group of businesspeople and athletes who are blind and are cycling across the country to prove the many capabilities of the visually impaired. Through her family's foundation, the Vera and Walter Scherr Family Foundation, Saggese has also contributed to the IndieGo Project, which develops powered wheelchairs to bless the lives of disabled veterans. These two causes are similar to the Church’s vision care and wheelchair efforts. Reflecting on the similarities she sees between her efforts and those of the Church, Saggese comments, “We are glad to know others in the community recognize this very real need.”

She concludes, “One of the best messages coming from the LDS Church’s humanitarian effort is the idea that we are each responsible for and capable of caring for another person: family member, friend, neighbor, or stranger. The Church’s infrastructure to achieve community service is impressive and allows anyone who wants to get involved to have an opportunity. That’s my message, too. There is always a way to help someone out; there’s no such thing as ‘small service.’”

► You'll also like: 52 Ways to Give Simple, Bite-Sized Service

Makes You Think Service Unity Nonprofit CharityService,Unity,Nonprofit,Charity,Makes You Think
Comments and feedback can be sent to feedback@ldsliving.com