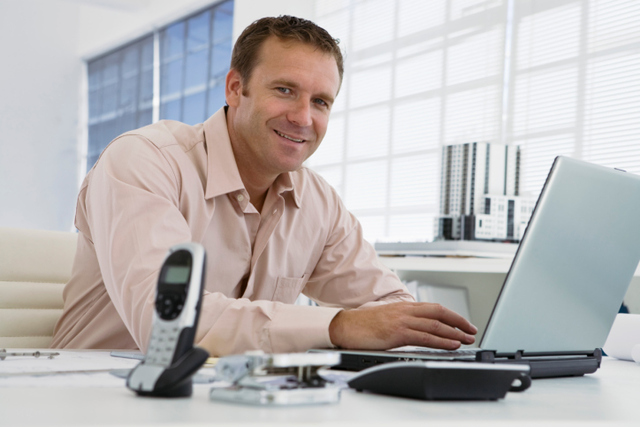 Boy meets girl? If only it were always that simple.

Between demanding schedules of work, school, family, and church, it can be difficult to stop and smell the potential roses. So in this 2011 world of “Nice to Tweet you,” many LDS singles are initiating their first encounters in a decidedly digital way.

Here are 20 points—broken up into four categories—that will tell you virtually everything you need to know.

The Pros
1. Where It’s At
Where have all the good men (and women) gone?

“It is becoming increasingly difficult for LDS people to meet a potential spouse once they’re out of college,” says Alisa Snell, a dating coach and marriage and family therapist in Utah. “You’re just not in front of the masses, which translates to fewer opportunities.”

“You get to the point—especially in my age group—when you feel like you’ve met every eligible person in your circles,” says Coleman, who met her husband on eHarmony and married him in 2011. “Going online opens up possibilities to meet more people.”

“This type of dating usually draws in people of the professional world,” says Snell, who has created a series of dating books and DVDs known as “It’s Not You—It’s Your Technique” (itsyourtechnique.com). Not to mention the online world can give you a buffer in case the relationship fizzles.

“Many men don’t date women in their singles wards just so they can avoid awkward encounters if it doesn’t work out,” Snell says.

3. Girl Power
Have hesitations about approaching men? Online settings can give you that extra boost of confidence.

“I actually think I’m better at online dating,” says Chloe Andersen, 33, a New York City resident who’s been online dating off and on for the last seven years. “When I date online I’m confident, whereas in normal single situations I can get insecure and be reduced to a high school junior. I think it’s the control. I love having a say in who I meet and who I date.”

4. Variety Show
One of the best attributes of online dating is the variety. If one site’s not working for you, try another. Below are just a handful of websites LDS singles commonly log on to.
· ldssingles.com
· eharmony.com
· match.com
· ldsmingle.com
· ldsplanet.com
· singlesaints.com

“Some people think online dating is unnatural,” says James Green, general manager of ldssingles.com. “Members of the Church would be surprised at the shocking number of people who have met their spouses [online]. It’s a place where singles can go and meet other singles without pressure from their ward members or families constantly telling them to get married.”

The Profile
1. Picture This
Want to date online but don’t want a picture on your profile? Good luck with that.

“You have to have a photo—it’s your crucial first impression,” says Snell, who met her husband of nine years on ldssingles.com. “No one will contact you if there isn’t a photo.”

When you do post a picture, post a few. And pick shots where you actually look, you know, like yourself.
“The last thing I want to do is meet someone and have them say I don’t look like my picture,” Andersen says.

Oh, and guys? Try not to post pictures where’s it’s obvious you’ve cropped out an ex-girlfriend. “Women will notice it in a second,” Snell says. “And it won’t be in a good way.”

2. Truth Be Told
Exaggerating or misleading people with your profile will get you nowhere. Honest.

“You have to be truthful,” says Andersen, who’s been on sites from eharmony.com to ldsmingle.com to match.com. “I’m not saying you have to tell all your deepest secrets, but you can’t misrepresent yourself.”

What’s more, it’s not good enough to just be honest. You have to be authentic.

“Be yourself,” Coleman says. “If you try to be someone you think other people are looking for, you’re going to have an epic fail on your hands—and fast.”

Maren Timmerman, 30, an LDS single living in California, knows what Coleman is talking about.

“I once met a guy, and the pictures he posted of himself were from fi ve years ago,” Timmerman says. “I thought, ‘If you’re lying about your appearance, what else do you lie about?’”

“I didn’t realize this at the time I signed up for eHarmony, but I judge men on their spelling,” says  Coleman, who now lives in Oregon with her husband. “If I saw a profile with grammar and punctuation problems, I moseyed right along.”

4. The Long and Short of It
You should spend serious time putting together your profile, but it shouldn’t take potential suitors serious time to read it.

“Your profile shouldn’t be longer than three paragraphs,” Snell says. “If it takes too long to get to know you at first glance, people won’t get to know you, period.”

5. Be Refreshing
When your profile isn’t working, get working on it.

“Edit your profile often,” Green says. “If your introduction isn’t sparking someone’s interest, try expressing yourself in another way.”

And if you’ve been online for a while with no real activity, try, try again.

“If you’ve had your profile up for more than six months, close it and start a new one,” Snell says. “People tend to search for who is new to the site.”

The Safety Net
1. Going Public
When you set a time to meet, shout it from the rooftops (but not your identifiable rooftop).

“Meet in a public place, and don’t share addresses with each other,” Snell says. “Tell a few people where you’re going and what time you expect to be home.”

And that phone number you give out? Here’s a wake-up call: “Be sure your telephone number is unlisted so it can’t be tracked to an address,” Snell says. “You can’t be careful enough about this in the beginning.”

2. Name of the Game
When it comes to giving out names, keep it short—as in first names only.

“Someone with sincere intentions won’t have a problem with that,” Snell says. “If a person keeps on pressing you for specific information, that’s a big warning sign.”

3. No Kid-ding Around
If you’re a single parent, keep those kids a mystery (with the exception of their actual existence).

“Your profile will typically say whether or not you have kids, but beyond that, don’t go into details about your children until you’re in an actual relationship,” Snell says. “Also, don’t post pictures of your kids on your profile.”

4. Clean Sweep
If the conversation rapidly turns intimate or inappropriate, nix the contact just as quickly.

“When people want to meet immediately or late at night, that’s a big red flag. Same goes for people who engage in sexual conversations,” Snell says. “No one who wants a real relationship is going to go
down that road.”

“We have to be careful,” says the Utah single, who has dated online for the last two years. “There are people out there with bad intentions, and women have to be especially careful about the image they portray. When you have pictures with cleavage or tight clothes, you’re going to attract the wrong kind of attention.”

5. Tried and Trusted
When it comes to online dating (and traditional dating, for that matter), instincts trump all.

“If something doesn’t feel right, trust your gut. It’s more important to be safe than polite,” Green says.

The Common Mistakes
1. Church Talk
While meeting other LDS singles is the goal, talk about more than just religion.

“Be careful not to describe yourself in completely religious terms. There is more to you than just your religion, and it can sometimes come across as judgmental,” Snell says. “Don’t build your whole profile off of how many callings you’ve had or inspirational quotes solely from the scriptures. You want them to know religion is a crucial part of your life, but show them you have other interests as well.”

2. Pressure Cooker
Just because you’re meeting people online who are looking for marriage, don’t start picking out the wedding china.

“A lot of people put too much pressure on these relationships before they’ve even met the person,” Andersen says. “And it creates all kinds of expectations that are impossible to live up to.”

“Be flexible in your requirements for Mr(s). Right. Perfection doesn’t exist,” Green says. “Realistically, the perfect person for you won’t always fit your initial list of criteria.”

3. Can’t Wait
If you’re both interested in meeting each other, don’t wait out your welcome.

“Meeting online is a great segue, but it can’t take the place of a traditional relationship. I take everything with a grain of salt until I meet someone face to face,” says Carter, who is in a serious relationship with a woman he met online. “It’s too easy to fill in the gaps of what we don’t know with what we’d like the situation to be. We paint this image of the person in our mind, and the longer you wait to meet, the more inaccurate that image will be.”

4. A Hot Mess
As attractive as you might find the person you’re conversing with, be careful not to be too forward about it.

“Whatever you do, don’t ever call a woman hot or sexy,” Snell says. “It’s certainly not going to make them feel safe and secure.”

5. TMI, Folks
It can be tempting to share intimate details of your life when you’re in the comfort of your computer screen, but keep things casual—especially in the beginning.

“Don’t bring up a lot of personal details right off the bat,” Snell says. “Most relationships—whether they begin online or not—don’t last more than four to six weeks. So there’s no need to tell someone the most intimate details of your life when you have no idea if it will go anywhere.”

If you take away nothing else, let it be this: Online dating is no waste of time. It’s all about using the right keys.

“You have to sort through a lot of profiles, and you have to be persistent,” Coleman says. “Don’t get discouraged, which is easy to do. I always say this was the worst experience with the absolute best return on investment.”