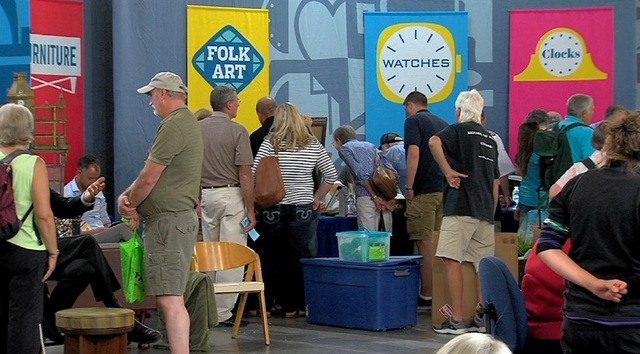 PBS' Emmy-nominated Antiques Roadshow made a stop in Utah for the first time in a decade. Designed to help people realize the hidden treasures among their old trash, the show helped 5,000 Utahns appraise items they brought to the Salt Palace.

“The first LDS hymnal was written in 1835. Hymnals were not saved things,” Marsha Bemko, the show’s executive producer, told KUTV News. “They were meant to be thrown out and this one wasn't.”

Antiques Roadshow has uncovered quite a few forgotten treasures, among them a Tiffany dragonfly lamp worth a quarter of a million dollars. While in Salt Lake, they also discovered a wooden bowl the owner had paid $550 for at an auction but that was worth closer to $20,000.