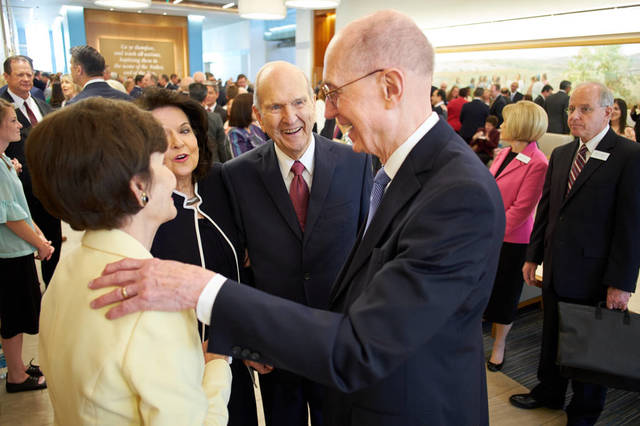 “You may have times when you wonder if your call is beyond you,” President Henry B. Eyring told recently called mission leaders. “You may even ask, ‘Is this too much for me?’ I have had such moments often in my service in the Lord’s kingdom. And I have learned how important it is to banish those moments quickly. If you let them linger, they grow, and then your power to serve diminishes."

“If we could feel the reality of being called into the vineyard to labor with Them, it would replace our self-doubt with the courage to go forward. I saw that once when I began in a call, as you are now doing.”

President Eyring said some weeks after he was called to the Quorum of the Twelve, President James E. Faust called him to his office — the office President Eyring now occupies. He said in a kindly voice, “I’ve been watching you. It looks to me as if it has happened. You have begun to feel doubt that you are qualified for the call to the Apostleship.”

President Faust's words made then-Elder Eyring lean forward in anticipation. "I thought he was going to give me assurance,” recalled President Eyring. “I felt that he was going to answer my question of whether I was approved of God. I began to ask him for that reassurance. He smiled, holding up his hand to stop me from going on with my question. He pointed to the ceiling of the office and said quietly, ‘Don’t ask me. Ask Him.’”