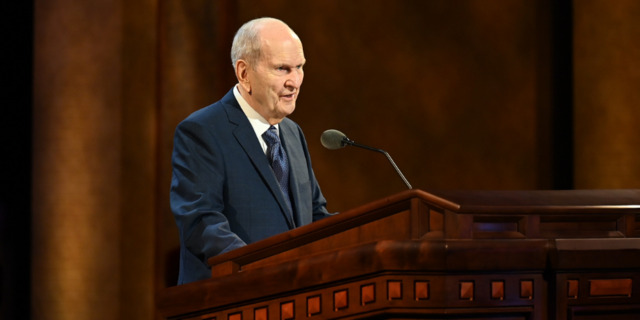 ► You may also like: Books, bags, dresses, and more to prepare you for your next temple trip

Since becoming the 17th President of The Church of Jesus Christ of Latter-day Saints, President Nelson has announced temples in every general conference, for a total of 69:

According to Newsroom, “This is the second-highest number of temples announced at one time in the history of the Church. At the April 1998 general conference, former Church President Gordon B. Hinckley (1910–2008) announced plans to construct as many as 32 new temples, though he did not list specific locations.”

In his Sunday afternoon remarks, President Nelson encouraged members, “Do all you can to bring COVID numbers down in your area so that your temple opportunities can increase.”

The Church of Jesus Christ of Latter-day Saints now has 251 temples announced, under construction, or operating.

► You may also like: See recent pictures of temples under construction around the world

Find more information about the temple announcement at Newsroom.