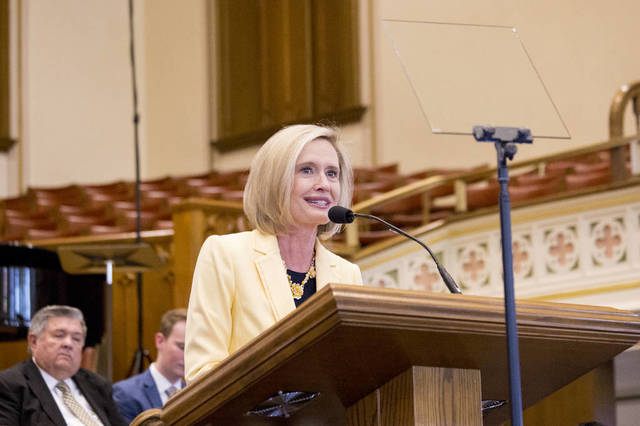 “Don’t be distracted from the true source of light. If you feel you are in the shadow or even in darkness, don’t remain there,” Sister Cordon said.

As a 10-year-old girl, Sister Bonnie H. Cordon, Young Women General President, remembers Elder L. Tom Perry, then of the Quorum of the Twelve Apostles, visiting her home. The Apostle was in town for a special celebration that her father was in charge of in his responsibilities as a stake president.

At the close of a full day of events, the Cordon family and the Perry family were talking in the living room enjoying each other’s company, when Sister Cordon’s mother called her into the kitchen.

“She asked a simple question,“ Sister Cordon said. ”‘Bonnie, did you feed the chickens?’”

Recognizing she would need to leave the conversation and head out to the dark, moonless night, young Bonnie tried to get out of her responsibility.

“I suggested the chickens could fast until morning,” she said. “My mother said no. I invited my brother to join me. He said no.”

Just then she heard the Apostle’s booming, enthusiastic voice asking, “Did I hear someone needs to feed the chickens? Can my son and I join you in feeding the chickens?”