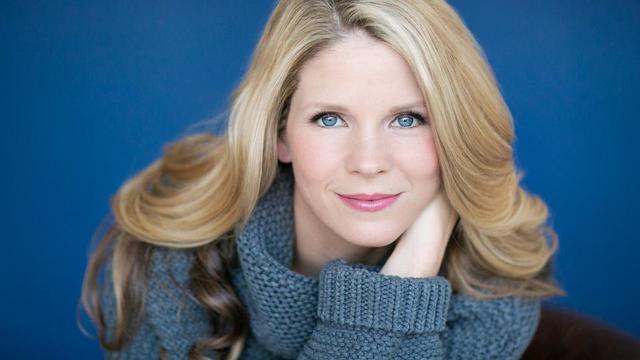 Under the direction of Mack Wilberg, music director of the choir, and Ryan Murphy, associate music director, these talents will ring in the Christmas spirit for audiences this holiday season. This marks the 20th anniversary of the choir and orchestra’s Christmas tradition. These concerts are full-scale productions of music, dance and storytelling with visual effects.

“Kelli O’Hara is a tour de force performer whose beautiful and versatile voice will marry perfectly with the concert’s holiday repertoire,” said Ron Jarrett, president of The Tabernacle Choir. “I also can’t wait to hear Richard Thomas narrate our Christmas story with his signature voice that will take us all back home to Walton’s Mountain.”

Kelli O’Hara has performed in Broadway musicals, concerts and the Metropolitan Opera. She has received seven Tony Award nominations, winning Best Actress in a Musical in 2015 for her performance as Anna in “The King and I.” She also received an Emmy Award nomination for her performance in “The Accidental Wolf” and two Grammy nominations for her solo albums “Always” and “Wonder in the World.”

Richard Thomas is best known for his leading role as the budding author John-Boy Walton in the television drama “The Waltons,”for which he won an Emmy Award and received a second Emmy nomination and two Golden Globe nominations. He starred in Stephen King’s miniseries “It” and played FBI Special Agent Frank Gaadin the series “The Americans.” He received a 2017 Tony Award nomination for his performance in “The Little Foxes.”

To give guests an equal opportunity for tickets, a random selection process will be used. Patrons have 10 days to register for tickets. The registration period begins Friday, October 25, at noon though Sunday, November 3, at 12 a.m. (MST). On or about Monday, November 11, results of the random selection will be communicated to all registrants by an email from @tabchoir.org, indicating whether tickets have been received or not. To learn more about the Christmas concert ticket selection process, check here. Ticket registration will be on the choir’s website. Follow the choir on social media for details of a second-chance ticket giveaway contest in November after the random selection process has been completed. The 2019 concert will also be broadcast next year as a holiday special on PBS and BYU TV in December.